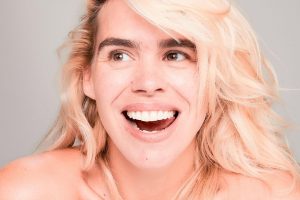 “It felt desperate and lonely,” says Billie Piper of her time as a teenage pop star.

When Billie Piper released her debut single Because We Want To at the tender age of 15, she became the youngest female artist ever to enter at #1 on the UK Singles Chart.

Since then, her career has evolved and flourished; the teenage pop star is now a critically-acclaimed actor and filmmaker.

However, Piper has, in a powerful new interview, addressed the challenges of being thrust into the media spotlight at such a young age.

Speaking to Lauren Laverne on BBC Radio 4’s Desert Island Discs, Piper said: “When I look back at it now I have my own children, it seems unbelievably unsafe.

“It felt desperate and lonely.”

Piper added that she felt like a “salesperson for other people’s music,” noting that she quickly realised singing wasn’t her true calling.

“I always felt like a charlatan because I loved singing but I didn’t have the strongest voice, I didn’t write songs, I didn’t play or write music,” she said.

“Acting was what I wanted to do most and on some level I was acting my way through it because it became too hard to uphold.”

Thankfully, Piper’s dreams were realised when she was cast as Rose Tyler in BBC One’s Doctor Who.

“It was great in many ways because I was doing what I felt like I was born to do on some level,” the Rare Beasts director explained.

“It was a very exciting and satisfying time because it was hard to get an acting job with my history, first as a pop star then as this sort of burnt-out child star, which is how I think I was painted.”

Piper added that she thinks this perception of her persisted until “quite recently,” which is why she’s so thankful that she has always had the unending support of her parents.

“They always supported me in everything I wanted to do, which was a lot,” she said.

You can listen to Billie Piper’s Desert Island Discs episode on BBC Sounds.