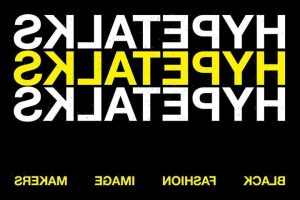 HYPETALKS returned on February 25 with a conversation highlighting the contributions of Black fashion stylists and designers while also touching on issues of racial disparity in the fashion industry.

White began the discussion by explaining the significance of having a diverse range of stylists represented in the fashion industry. “I think it’s very important for us as Black people to be in those spaces and on the pages of magazines,” he said. “It’s very important … for kids growing up to see someone with their skin tone actually making it.”

“Having stylists of color is so important,” Nicole added. “They’re pulling from those Black designers and emerging designers that don’t get that recognition.”

The panelists then detailed their personal experiences working in the fashion industry, sharing moments of success alongside times of hardship. Aderotoye said that he began scaling up his work after gaining industry insight from adidas, West Elm, Kith and the GAP. “As a designer, you’re creating that world you want to see, you’re creating that future,” he said.

Van Putten spoke about the importance of collaboration and innovation in the fashion industry. “There’s a lot of grit that goes behind working incredibly hard and being in the trenches of the work,” he explained. “We now have access to resources to create in new ways that we wouldn’t have before, so now when you have a culmination of different talents and creators, you’re seeing these unique pieces that we’ve never seen come out.”

Mozie spoke about developing community and connection among players in the fashion space. “It’s definitely a relationship game and a patience game,” he said of the fashion industry. “It’s about really building alliance.”

Listen to the full HYPETALKS: Black Fashion Image Makers above, and catch the next episode of HYPETALKS featuring NFT collective Azuki on March 14.

In other news, catch up on the last episode of HYPETALKS featuring NFT project Doodles.
Source: Read Full Article