Home » Entertainment » BLACKPINK Becomes Most Subscribed Artist on YouTube With Over 65.2 Million Subscribers

BLACKPINK Becomes Most Subscribed Artist on YouTube With Over 65.2 Million Subscribers 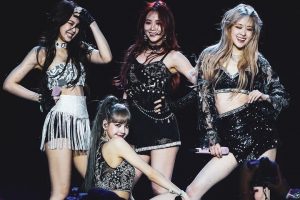 BLACKPINK has surpassed Justin Bieber to officially become the most subscribed artist on YouTube.

According to YG Entertainment, the four-piece’s YouTube channel exceeded 65.2 million subscribers on September 10, just shortly after Lisa’s solo project LALISA was released. BLACKPINK managed to take the top spot in a short amount of time — about five years and three months after they launched their official channel on June 28, 2016 — while Bieber’s channel was launched 14 years and nine months ago.

To celebrate their fifth anniversary, the group recently dropped BLACKPINK The Movie in theaters, created an island on Animal Crossing: New Horizons and collaborated with PUBG: BATTLEGROUNDS.