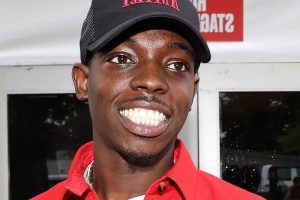 Bobby Shmurda has dropped off his latest single, “Splash.”

Following the release of “Cartier Lens” last week, “Splash” marks the 27-year-old rapper’s latest step in his gradual return to music since being released from prison in February.

Ahead of the song’s debut, Shmurda shared a snippet from the track’s upcoming flashy music video, in which the rapper is seen dancing through a penthouse pool party.

Shmurda signed with Roc Nation in August before putting out his first single since being released from prison. The freestyle, dubbed “No Time for Sleep,” landed alongside a visual of Shmurda rapping in an abandoned warehouse. Prior to the track’s release, the Brooklyn rapper made his official return to the studio with a feature on a remix and music video for Eladio Carrión’s “TATA,” with Daddy Yankee and J Balvin.

The rapper was supposed to be released from prison in December 2021, but he was instead granted conditional release on February 23 of this year. Shmurda was placed under parole supervision and is expected to complete the rest of his sentence under community supervision.

Listen to “Splash” below.

In case you missed it, Anderson .Paak has launched his own record label APESHIT INC.
Source: Read Full Article