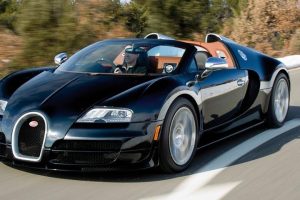 Reports indicate that the star footballer was not present in the Bugatti and that his bodyguard was behind the wheel and lost control of the 1,200 horsepower vehicle when taking a tight corner — eventually hitting a brick wall. The Bugatti was then seen wrapped in a blue tarp and taken away. On top of the hypercar and luxe SUV, Ronaldo also plans on spending time on his Azimut “CG Mare” superyacht that was seen anchored off the coast.

Thankfully, no one was hurt in the costly accident.

In other automotive news, a one-off Ferrari Enzo “Bianco Avus” heads to auction for one night only.
Source: Read Full Article