Home » Entertainment » Bonding over 007: Why every grown-up boy wanted to be Sean Connery

Bonding over 007: Why every grown-up boy wanted to be Sean Connery 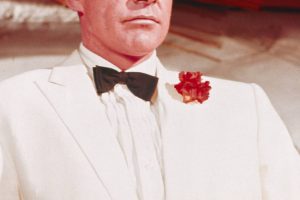 Tributes are pouring in after legendary actor Sir Sean Connery’s death was announced this morning. Owen Vaughan looks back at what the quintessential James Bond meant to him.

It’s a pub-favourite question asked by grown-up boys the world over, the answer to which denotes your tribe just as clearly as a football scarf or passport: Who’s the best Bond?

Of course, the only proper answer to that question is Sean Connery, and god save any fool in a crowded bar in Scotland who says Roger Moore or the Aussie one.

And now it’s sad to think that Connery – a huge part of my generation’s childhood and that of my father’s generation – has gone.

When I was growing up in Scotland, showing your appreciation of Connery’s 007 was a quick and easy way of telling other blokes that you were okay. You might support a different football team, come from a different background or have differing views on politics and music, but you’d always be able to bond over Bond, while deploying a Connery-style accent: “Bond, Jamesh Bond”.

This rite of passage played out many times during my years at university, even more so after the conversation was memorably captured on film by Ewan McGregor in Trainspotting.

I never met Connery (although I did come close once in 1999 when he made a visit to Edinburgh to launch the Edinburgh Film Festival). But his films are a big part of my life. My dad introduced me to him as 007 even though Roger Moore’s Bond was the one that dominated in the cinemas when I was boy. He also was in a flush of great adventure movies during the 1980s that made a lasting impression: Time Bandits, Highlander, Indiana Jones and the Last Crusade and the Untouchables.

He was a movie star who in my mind towered above the muscle-bound action stars of the era and a talent who could out-act some of the best thesps in the business – without even changing his accent.

When I got older, and started to appreciate films that had more sophisticated plots than hero blows stuff up and saves the day, I dug around for early Connery films (the ones where he doesn’t have a hairpiece). There are some classics on his resume beyond Bond: check out his menacing and unhinged turn as cop gone bad in The Offence; and his understated and myth-puncturing performance as Robin Hood in Robin and Marion. My favourite of the bunch is his adventure-seeking rogue in The Man Who Would Be King.

Like his friend, Michael Caine, Connery featured in some dross too (Google nappy and Connery and you’ll be shocked) and it’s sad that his last screen roles are entirely forgettable. He was courted for Lord of the Rings but ultimately passed, saying he didn’t understand the material. He would have pocketed $450,000 million if he had accepted the role of Gandalf but Connery by that stage was SEAN CONNERY and may have overshadowed the film he was in. But oh to have heard him boom: “You shall not pass-sh!”