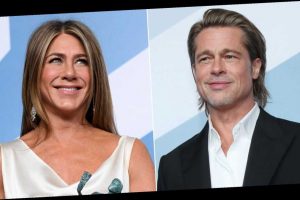 A reunion to remember! Brad Pitt and Jennifer Aniston had a sweet moment backstage at the 26th annual SAG Awards on Sunday, January 19 — and fans are buzzing with excitement over the exes reuniting.

Pitt, 56, watched from the wings as Aniston, 50, accepted her first SAG Award since 1996 for Outstanding Performance by a Female Actor in a Drama Series for her role in The Morning Show. The Friends alum appeared giddy when she spotted her ex-husband waiting for her as she walked off the stage. The Ad Astra star grabbed Aniston’s hand before she turned away, setting social media into a frenzy.

“Why do I feel like I am Lindsay Lohan in the Parent Trap right now,” an awards show viewer tweeted on Sunday night. Others said the pictures were “what we’ve all been so patiently waiting for.” 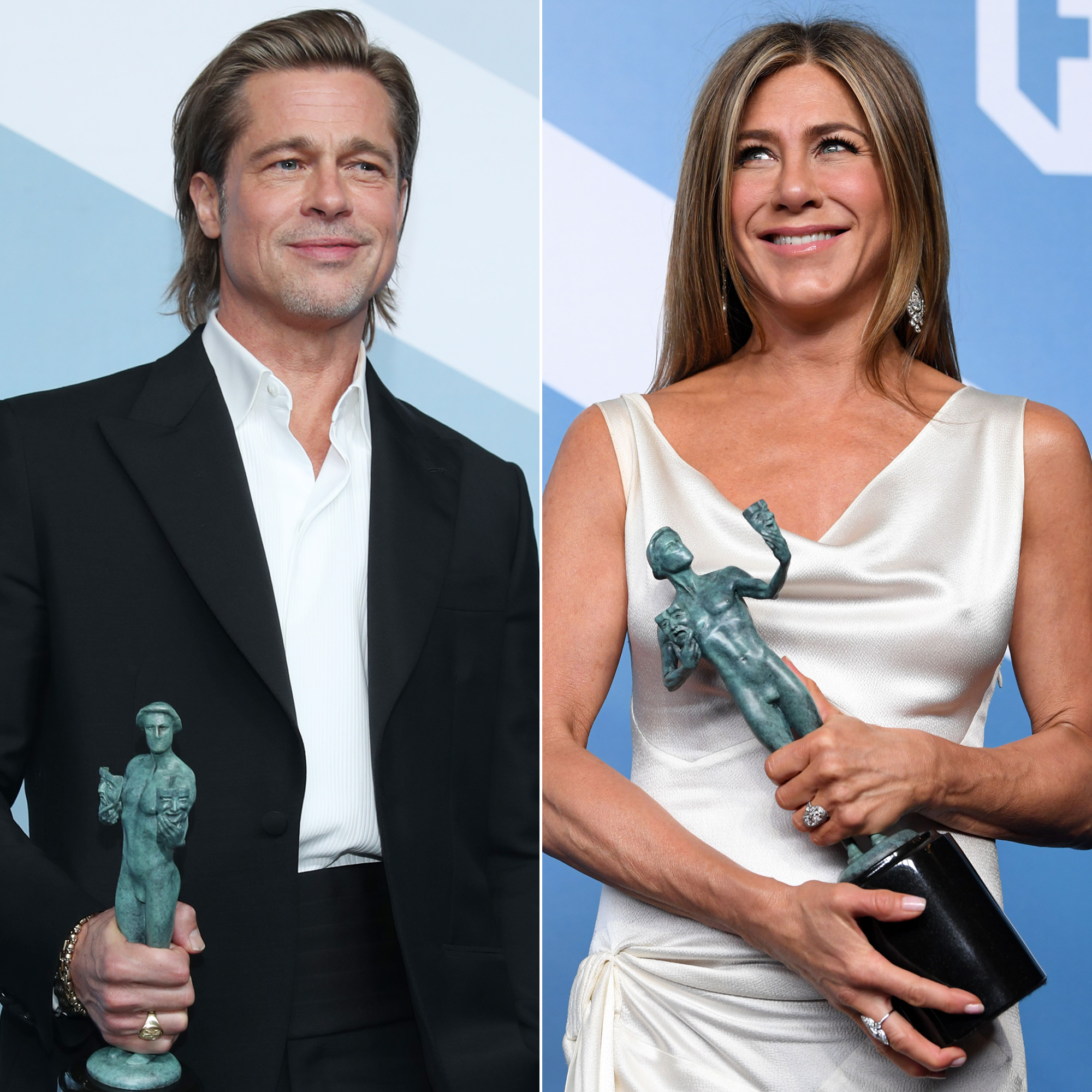 One fan put their own spin on the classic Friends episode titles, writing, “The one where they realize how much they love each other and are back together and we all are aww 😍😭.” The tweet included a video originally shared by the Hollywood Reporter that showed Pitt smiling sweetly at his ex-wife’s sheer delight as she won her award.

Even celebrities were happy to see the exes reuniting. “WE WILL BE TELLING OUR GRANDKIDS ABOUT THIS. THAT’S HOW IMPORTANT THIS IS,” Jamie Lynn Spears commented on an Instagram post of the two actors.

“I’m not emotionally prepared to handle this at this stage in my life,” Morgan Stewart wrote beneath the same post.

Earlier in the night, the Once Upon a Time in Hollywood star took the stage after securing the win for Male Actor in a Supporting Role in a Motion Picture. Aniston was seen clapping and laughing during his speech, especially as he joked about the specifics of his role in the Quentin Tarantino film.

“Let’s be honest it was a difficult part. A guy who gets high, takes his shirt off and doesn’t get on with his wife. It’s a big stretch,” Pitt quipped.

The Just Go With It star and Fight Club alum were one of Hollywood’s most beloved couples of the early 2000s, even though their marriage was short-lived. The actors divorced five years after tying the knot in the summer of 2000.

While fans have been eagerly awaiting awards season interactions between the exes, a source told Us Weekly in December 2019 that there was “no chance” either one of the actors would feel “tense or uncomfortable” bumping into each other.

“A reason Brad and Jen get along so well now is that they’ve agreed to bury the past and not analyze what went wrong,” a separate insider revealed at the time.

END_OF_DOCUMENT_TOKEN_TO_BE_REPLACED

END_OF_DOCUMENT_TOKEN_TO_BE_REPLACED
We and our partners use cookies on this site to improve our service, perform analytics, personalize advertising, measure advertising performance, and remember website preferences.Ok