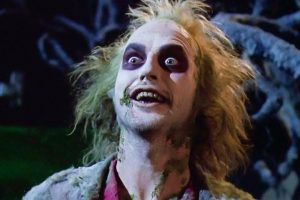 Brad Pitt could reportedly be hopping on the Beetlejuice 2 train as a producer.

According to reports, Pitt’s Plan B banner is looking to start production as early as Summer 2022. Jeff Sneider of The Ankler added that the 1988 film’s original stars, Michael Keaton and Winona Ryder, are on board to reprise their roles as Betelgeuse and Lydia Deetz, while director Tim Burton will possibly return to helm the sequel.

Reports of a new Beetlejuice film hit a new high in 2015 when it seemed like Burton and Warner Bros. both agreed on a sequel. In 2016, however, the filmmaker revealed that the ball is no longer rolling.

Elsewhere in entertainment, Patrick Stewart has seemingly confirmed his return as Professor X in Doctor Strange and the Multiverse of Madness, stating that he didn’t even recognize his own voice in the trailer.
Source: Read Full Article