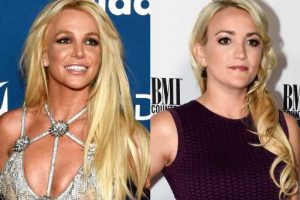 The ongoing feud between the Spears sisters has escalated to a whole new level. Britney Spears, who’s been enjoying her newfound freedom since her 13-year conservatorship came to an end in November, has been calling out younger sister Jamie Lynn Spears as the Zoey 101 alum continues to share details about life with Britney during new interviews while she promotes her forthcoming memoir, Things I Should Have Said. Well, after airing her frustrations on Twitter, Britney went a step further and issued a cease and desist letter to sister Jamie Lynn.

“We write with some hesitation because the last thing Britney wants is to bring more attention to your ill-timed book and its misleading or outrageous claims about her,” the letter, issued by Britney’s lawyer Matthew Rosengart, reads in part, per ET. “Although Britney has not read and does not intend to read your book, she and millions of her fans were shocked to see how you have exploited her for monetary gain. She will not tolerate it, nor should she.”

Rosengart’s letter went directly addressed Jamie Lynn, writing, “Publicly airing false or fantastical grievances is wrong, especially when designed to sell books. It is also potentially unlawful and defamatory,” he went on. “You recently reportedly stated that the book was ‘not about her.’ She takes you at your word and we, therefore, demand that you cease and desist from referencing Britney derogatorily during your promotional campaign. If you fail to do so or defame her, Britney will be forced to consider and take all appropriate legal action.”

For the past several days, Jamie Lynn has appeared on podcasts, Good Morning America, and Nightline to share anecdotes from her book and life — in particular her relationship with her big sister. The two siblings have publicly exchanged barbs with one another on social media, issuing their own statements and frustrations. But this latest step from Britney’s team really shows how serious the rift between Britney and her immediate family really is. After this cease and desist order, we won’t be surprised either way if the public feuding finally subsides or escalates.

Things I Should Have Said