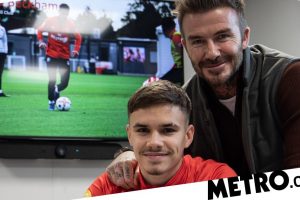 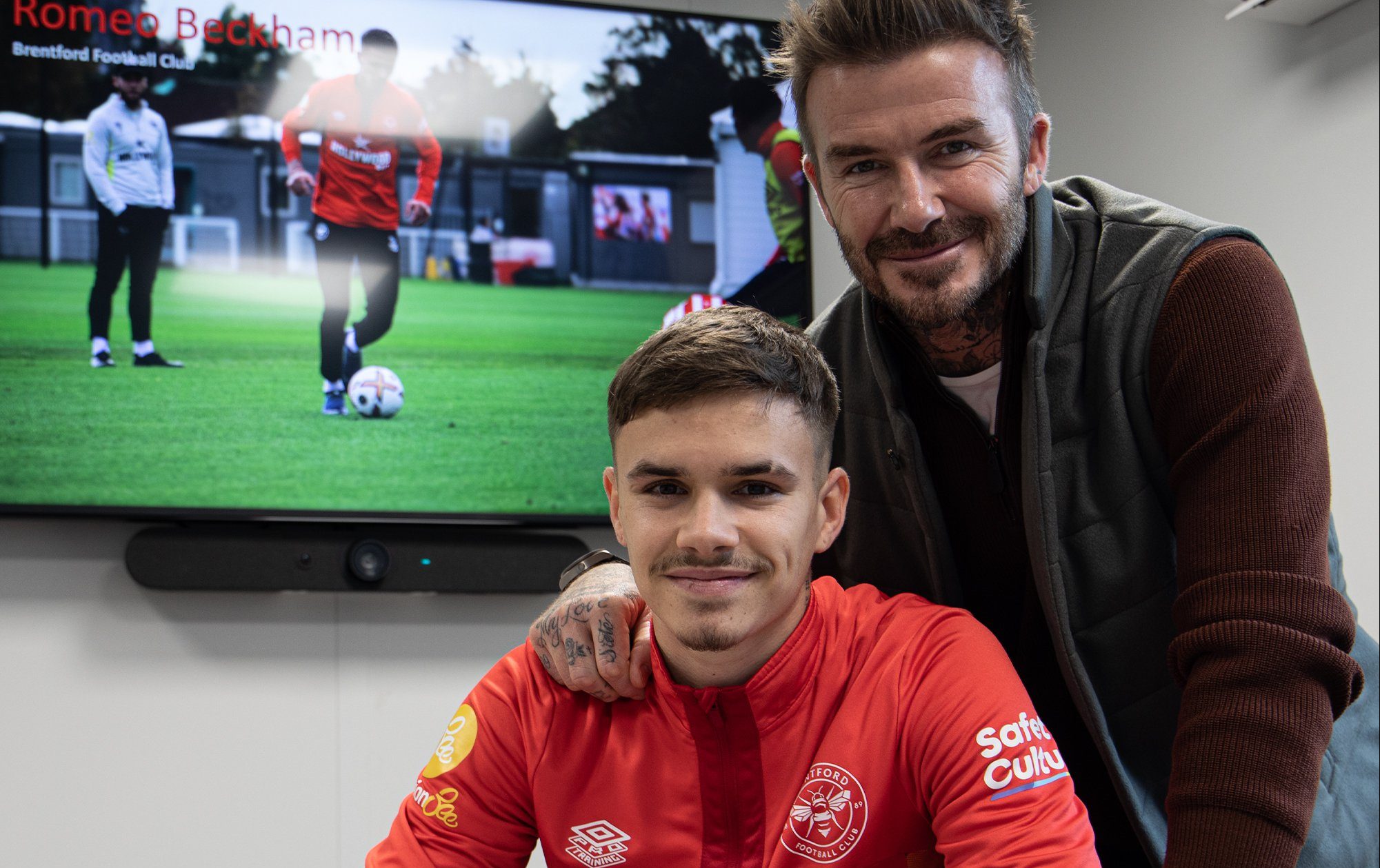 Brooklyn Beckham posted a sweet note of congratulations to his younger brother Romeo following a footballing contract with Brentford FC.

Romeo, 20, followed in his father’s footsteps after he signed a contract to play ball with the West London side’s B team.

The eldest Beckham boy, 23, spent Christmas away from his famous family but showed he was still there to support his siblings on Saturday when he uploaded the tribute to his Instagram account.

Brooklyn celebrated the festive season in the US with his actress wife Nicola Peltz, 27, amid months of ‘feud’ rumours between the American beauty and the budding chef’s popstar mother, Victoria Beckham, 48.

Signing a contract that would kickstart the youngster’s professional footballing career, Romeo grinned for a picture with his dad David as he picked up the pen to write his name on the dotted line.

The iconic moment was shared on Sky Sports Instagram as they watched the next generation take the reigns.

Alongside the snap, the outlet captioned the image: ‘A proud moment.

‘David Beckham poses with son Romeo after the 20-year-old signed with the Brentford B team on loan from Inter Miami until the end of the season.’

Making the loan switch from his dad’s MLS franchise Inter Miami, Romeo revealed he was feeling ‘proud and very happy’ to be with the Premier League side.

Posting his news to his Instagram feed, the middle Beckham child shared a gallery of pictures at the English club and wrote the message: ‘An exciting start to the year. Looking forward to the challenge.’

Among the comment made by his older brother, plenty of other famous faces took time out to congratulate the offspring on his latest adventure.

The news came after the family were spotted getting into the Christmas spirit without their eldest child as he chose to stay in sunny America with his wife Nicola.

Noting his absence, the couple who are also parents to Cruz, 17, and Harper Seven, 11 published sweet family photos throughout the holidays.