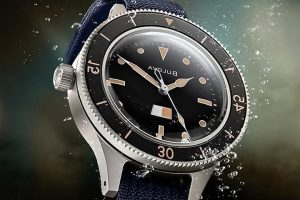 Bulova has delved into its archives once again to recreate a prototype originally developed to equip pioneering US Navy divers.

The Mil-Ships Reissue joins the American watch brand’s Archive Series, which already includes the popular Devil Diver and Lunar Pilot among others, and is based on the original MIL-SHIPS-W-2181 submersible dive watch created in 1957 at the request of the US government.

Bulova had a history of producing such prototypes for the US military which, after the Second World War, needed watches to equip its new Navy Experimental Dive Unit and Explosive Ordnance Divers.

Bulova’s continued links with such projects weren’t hurt by the fact that the company’s Chairman of the Board at the time was former Five-Star General Omar Bradley. 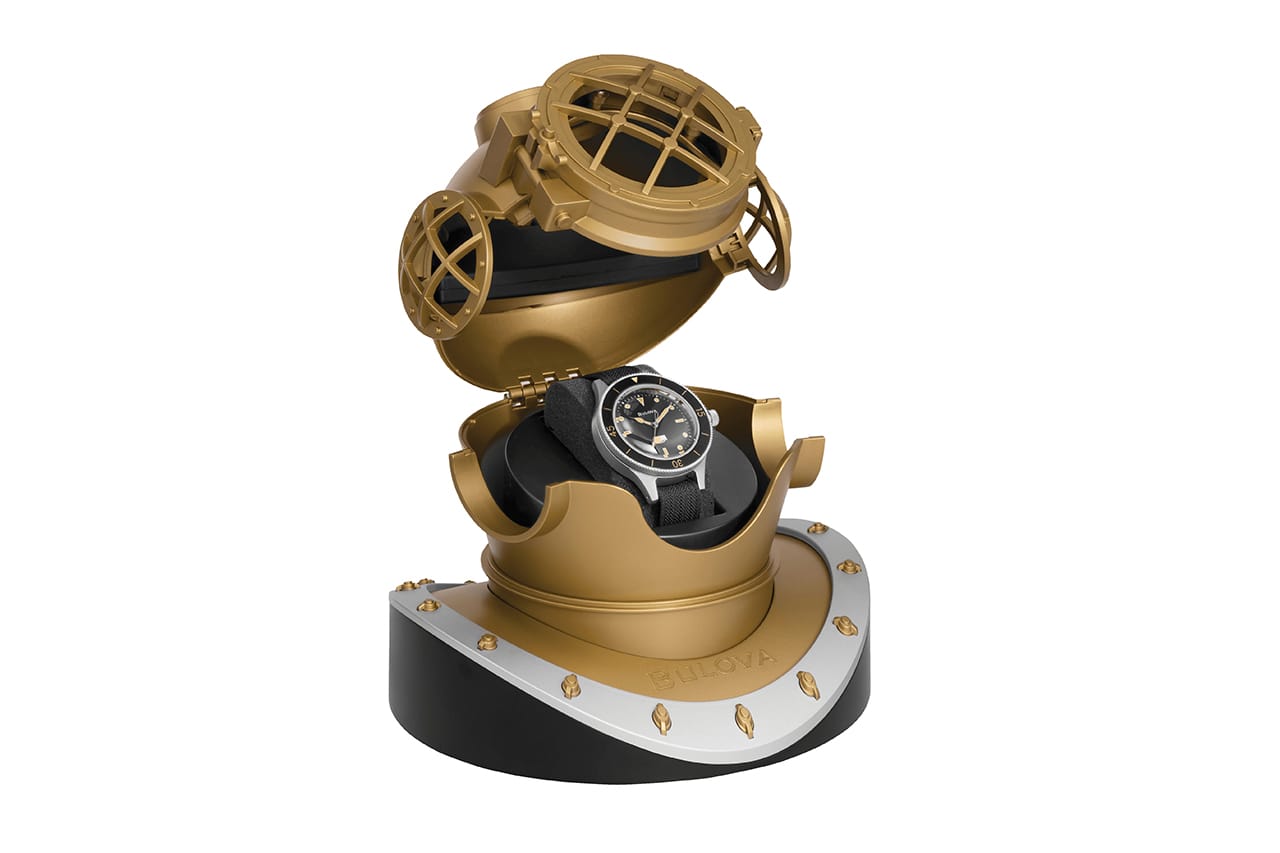 This is the first time Bulova has reissued the watch since it was created 64 years ago.

The 41mm sandblasted stainless steel reissue features a black dial with Super-LumiNova applied to hands and markers. While the watch is water resistant to 200m, the original watch’s moisture indicator strip is reproduced at the six o’clock position and will change color to blue should any water find its way inside.

The limited edition is presented in a unique gold-tone diver helmet storage box with serial card and storybook.