Home » Entertainment » Caitriona Balfe and Judi Dench star in this new film together, and of course it sounds great

Caitriona Balfe and Judi Dench star in this new film together, and of course it sounds great 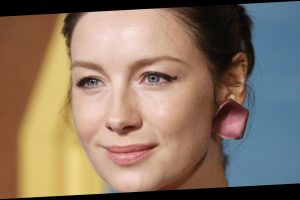 Caitriona Balfe just talked about being “starstruck” while working with Dame Judi Dench on their new film, Belfast.

What do Dame Judi Dench, Caitriona Balfe and Jamie Dornan have in common?

Well firstly, we are big fans of all three actors. They are also working on Kenneth Branagh’s new autobiographical film, Belfast, together. And, over the last few months, they have each recorded fascinating podcast interviews: Dench discussed grief on David Tennant Does A Podcast With…, while Dornan talked about his failures on How To Fail With Elizabeth Day and, just this week, Balfe opened up on Thanks A Million with Angela Scanlon.

During this interview, Balfe shared what it was like to work with Dench while filming Belfast, and it’s just piqued our interest over the project even more.

“I recently got to work with Dame Judi Dench and I can’t quite believe it,” Balfe told podcast host Scanlon. “It’s one of those things where […] absolutely mind blown.”

Telling listeners what to expect from the movie, Balfe continued: “It’s really beautiful. I don’t know how much I can say about the actual film, but it’s sort of based on his [Branagh’s] childhood in Belfast.

“I play his mum and the lovely, lovely Jamie Dornan plays his dad and then Dame Judi Dench plays his granny and Ciaran Hinds plays granddad… The whole thing was just so lovely.”

Balfe described being “starstruck” while filming a scene with Dench: “There was one scene in particular, and Kenneth’s amazing to work with, he just’s the loveliest guy. We would do a scene and sometimes he’d just ask you to do a little improv.

“And so I’m just sitting there improving with Judi Dench and it was just like, half of your head is sort of in it and you’re doing it and then the other half is there going ‘Oh my God. Oh my God. I can’t actually believe this is happening. This is crazy.’”

Blithe Spirit: Judi Dench’s comedy about spirits and séances is coming to our screens in January

So, what else do we need to know about Belfast?

Written and directed by Oscar-nominee Branagh (Murder on the Orient Express, Tenet, Thor), the semi-autobiographical film charts a boy’s childhood during the tumult of the late 1960s in the Northern Ireland capital.

“Belfast is my most personal film. It’s about coming home – a dramatic journey of excitement, emotion and humour,” Branagh said in a statement as per Deadline.

With plans to release the film in cinemas this year (lockdown restrictions permitting, of course), we won’t have to wait too long to see if it lives up to the hype.

In the meantime, you can listen to Caitriona Balfe’s full interview on the Thanks A Million With Angela Scanlon podcast.