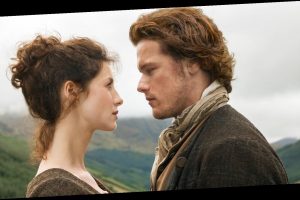 Outlander fans, rejoice! Ahead of the sixth season, we have some exciting news about Caitriona Balfe and Sam Heughan’s Scottish period drama.

Season five of the period drama gave us the unexpected death of a beloved character, Claire’s discovery of penicillin and one of the most dramatic endings in the series so far.

Outlander season 5 finale: we need to talk about that brutal scene

To keep us going, Diana Gabaldon, who wrote the books the series is based on, announced she is writing a prequel. And four special interviews with the cast and crew were also streamed online during lockdown. Heughan also starred in Sky Cinema’s Roald Dahl biopic and Balfe gave us a lesson in cutting your own fringe at home.

We’re now relieved to hear that filming on Outlander has resumed, and a seventh season has even been confirmed. But before we get ahead of ourselves, let’s take a look at everything we know about the upcoming sixth season.

Who are the new Outlander characters?

This week, Balfe introduced Outlander fans to three new characters in the series. “Happy looking bunch, aren’t they…” she wrote alongside a photograph released by the official Outlander Twitter account.

So who exactly are these new characters?

Malva, Tom and Allan Christie will be played by Jessica Reynolds, Mark Lewis and Alexander Vlahos respectively. As per the book that the season is based on, A Breath of Snow And Ashes, Malve has some major, life-changing news for Jamie when she turns up to Fraser’s Ridge. In true Outlander style, a lot of drama ensues, involving a murder!

“She’s kind of in awe of Claire,” Reynolds tells Balfe in a video interview about Malva. “She’s heard so much about Jamie and she expects him to be the hero of her story then she sees the woman and she’s like, ‘Oh no, I’m more interested in her.’

“We start off with her as an innocent, eager to learn, world in front of her [girl], and to become a woman like Claire… then lots of stuff gets in the way.”

Caitriona Balfe just talked about her new film with Judi Dench, and of course it sounds great

What will Outlander season 6 be about?

The series tends to loosely follow Gabaldon’s novels, so we can guess some of the season’s major storylines based on what happens in A Breath of Snow and Ashes. Along with Claire and Jamie, their daughter Brianna, along her husband Roger and their son Jemmy, are set to return.

The sixth book sees Jamie and Clare facing the outbreak of the American Revolution, facing kidnappings, assault and imprisonment (it’s never a quiet day in the life of these two, right?).

As per the synopsis: “It’s 1772, the Royal Colony of North Carolina, and the governor calls upon Jamie Fraser to unite the backcountry and preserve the colony for King and Crown.

“One minor problem: Jamie Fraser’s wife, Claire, is a time-traveller, as are his daughter and son-in-law. And Jamie knows that three years hence, the shot heard round the world will be fired, and the end of it all will be independence – with those loyal to the King either dead or in exile.”

It continues: “Beyond present danger, though, looms the threat of a tiny clipping from the Wilmington Gazette, dated 1776, which reports the destruction of the house on Fraser’s Ridge and the death by fire of James Fraser and all his family.

“For once, Jamie Fraser hopes the time-travelers in his family are wrong about the future. But only time will tell.”

When will the sixth season of Outlander be released?

Outlander season six only started production earlier this year, so it’s likely that we won’t be able to watch it until at least January 2022.