Home » Entertainment » Can the Grammys Please Anyone?

Can the Grammys Please Anyone?

The Grammy Awards are supposed to be music’s biggest party. But in recent years the show has also become a piñata for critics, activists and even major artists over a host of issues like race and gender — and, oh yes, music.

The 61st annual show, to be hosted by Alicia Keys and broadcast live by CBS on Sunday night, should be no different.

After a bruising time last year, when the show came under fire after just one woman won a solo award on the air — and the chief executive of the Recording Academy, Neil Portnow, commented that women in music should “step up” to advance their careers — the Grammys made a series of changes in their membership and nominations process that were meant to address their underlying problems.

But in many ways the Grammys still walk a tightrope. And as the show tries to stay culturally relevant, while also balancing the demands of race and gender representation, it may be impossible to please everybody at once.

“That moment kind of shed a light on an issue that needed attention, and that is a lack of diversity in the industry,” Portnow said in an interview this week. “And if the light that was shed becomes a catalyst for change, then you can feel that it had a reason and a value.”

To viewers, one of the clearest changes will be that eight, instead of five, acts will now compete in the four major categories: album, record and song of the year, and best new artist. That change satisfied many critics by adding more women to the mix, but it also has made the contests harder to handicap.

For album of the year, Drake and Kendrick Lamar, two deities of contemporary hip-hop, are up against Post Malone, who has topped the charts with a mellow style between rapping and singing; the boisterous rap of Cardi B; the adventurous R&B of Janelle Monáe and H.E.R.; and two singer-songwriters in the country and folk spheres, Kacey Musgraves and Brandi Carlile.

If Carlile prevails, she would be the award’s first openly gay winner. But as an artist with minimal sales, would her victory make the Grammys seem out of touch with the masses? Will a rapper win, or will they cancel one another out on the ballot?

There is also a chance that the award could go to Drake or Lamar only to have the winner not show up. That has become a growing risk for the Grammys as the show has alienated more and more hip-hop and R&B stars — like Drake, Kanye West, Jay-Z and Frank Ocean — by failing to give them the most prestigious prizes.

“The fact of the matter is, we continue to have a problem in the hip-hop world,” said Ken Ehrlich, the longtime producer of the show. “When they don’t take home the big prize, the regard of the academy, and what the Grammys represent, continues to be less meaningful to the hip-hop community, which is sad.”

Ehrlich said that this year he offered performance slots on the show to Drake, Lamar and Childish Gambino — whose song “This Is America” is up for four awards, including record and song of the year — but they all declined. Representatives of those three artists declined to comment on whether they would attend the show.

Last year was another flash point in the troubled history of the Grammys and hip-hop, as Jay-Z, the most nominated artist, with eight nods — including album, record and song of the year — went home empty-handed, and Lamar, while winning all five awards in the rap field, lost out on album of the year, to Bruno Mars. Three months later, Lamar won the Pulitzer Prize for music. 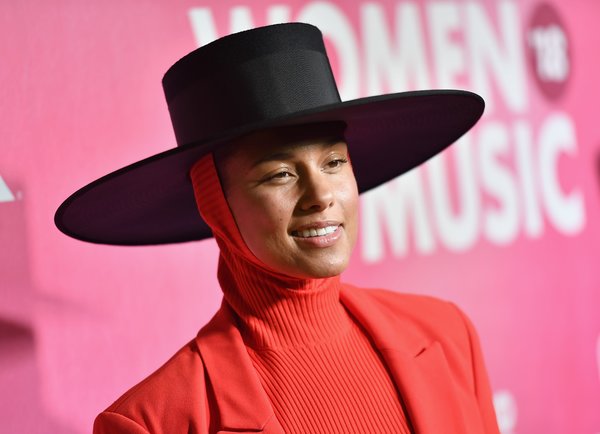 “For the Pulitzers to get it right and the Grammys to get it wrong says a lot,” said Troy Carter, an artist manager and former Spotify executive.

Portnow said he believed the Grammys had made good-faith efforts to reach out to artists, but the tensions have shown no signs of letting up.

“We would hope that all nominees attend the show and be there as their own achievements are celebrated,” Portnow said, “because that’s really what it’s about.”

But while race has been a growing problem for years, the Grammys’ most urgent issue is over gender. Last year, a report by the University of Southern California, released days before the show, found dismal numbers about the representation of women in the music industry and at the Grammys. Lorde, the only woman nominated for album of the year in 2018, was not offered a solo performance slot.

After the show, Portnow’s “step up” comment drew an immediate outcry, with some women music executives calling for his resignation. (Portnow said at the time that his words had been taken out of context, and later announced that would leave his position at the expiration of his contract in July.)

In response, the Recording Academy appointed a task force, led by Tina Tchen, a former chief of staff to Michelle Obama, to “identify the various barriers and unconscious biases faced by underrepresented communities” at the academy and in the wider industry.

Working with the task force, the academy has tried to make its voting pool more diverse, inviting 900 new people, from a variety of backgrounds, to be members; of those, 22 percent accepted in time to vote this year, according to Laura Segura Mueller, the academy’s vice president of membership and industry relations. Last week the task force challenged the music industry to hire more women producers and engineers, two jobs that are overwhelmingly male.

Even with these steps, this year’s nominations show just how much work is left to achieve real gender parity. On the eight songs up for record of the year, a total of 48 producers and engineers were credited, and only two were female.

One of them is Lady Gaga, as a producer of “Shallow,” her song with Bradley Cooper from “A Star Is Born,” which is a strong contender for both record and song of the year. Lady Gaga is scheduled to perform, but that night Cooper will be at the Baftas, the British film awards. (Taylor Swift, who is up for just one award, pop vocal album, is also in London, filming an adaptation of “Cats,” and is not expected to attend the show.)

And this week U.S.C. released an updated version of its report, showing that the numbers for women working in music have not improved. Looking at Billboard’s year-end Hot 100 list for the last seven years — a total of 633 songs, after removing duplicates — the report found that of 1,455 artists credited on those songs, only 17.1 percent were women. In another finding, only three of those 633 songs were credited solely to female songwriters.

“This report really solidifies what we saw last year,” said Stacy L. Smith, the founder of U.S.C.’s Annenberg Inclusion Initiative, and the leader of the study, “and confirms that females are still facing an inclusion crisis in prominent positions in the music space.”

Portnow said he viewed last year’s criticism as an opportunity to address important issues, and for the academy to take a leadership role in the industry. Not everyone will be happy, he said, but that’s O.K.

“The underlying factors of what makes people happy or unhappy changes from year to year,” he said. “It might be something musical, or it might be something sociological, which is what we’re seeing more of in today’s climate. But that’s appropriate, because that’s the time in history we are living in.”