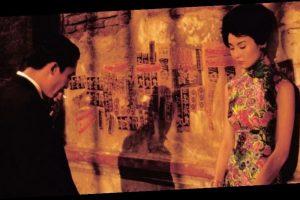 Cannes Film Festival will be celebrating the 20th anniversary of Wong Kar Wai‘s In The Mood For Love, a criticaly-acclaimed classic in Hong Kong cinema that’s garnered praise from such names as Quentin Tarantino.

Set in Hong Kong in 1962, the movie follows Chow Mo-wan, played by Tony Leung Chiu-wai, a journalist who has an affair with Su Li-zhen (Maggie Cheung), also unfaithful to her partner, who realize they’ve ended up developing feelings for each other. The festival will play a restored 4K version of the movie and shown as part of the Cannes Classics sidebar. Wong is expected to attend the Cannes screening, 20 years after its original premier at Cannes, where Leung was awarded Best Male Actor. Made from original negatives of the film, the new 4K restoration was led by the Criterion under Wong’s supervision. The restored version will also be screening at select theaters internationally.

END_OF_DOCUMENT_TOKEN_TO_BE_REPLACED

END_OF_DOCUMENT_TOKEN_TO_BE_REPLACED
We and our partners use cookies on this site to improve our service, perform analytics, personalize advertising, measure advertising performance, and remember website preferences.Ok