Catch Up on These 12 Great 2020 Series This Thanksgiving Weekend 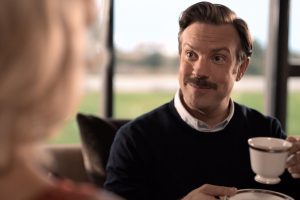 Covid-19 has crippled television production in 2020. And yet, an astonishing number of new series — limited and otherwise — have premiered so far this year. Maybe you’ve already seen the most talked-about shows: “The Last Dance,” “Normal People,” “The Queen’s Gambit,” “Tiger King,” “The Vow.” That leaves only about 500 more. No person with decent sleep hygiene can or should keep up with them all.

But Thanksgiving, and the long weekend it introduces, invites bingeing of all kinds. Here are a dozen options, across form, genre and age rating, that you may have slept on. And since these are all debuts (meaning they have aired only one season or are limited series), you can watch them in their entirety, or at least until that tryptophan really kicks in. 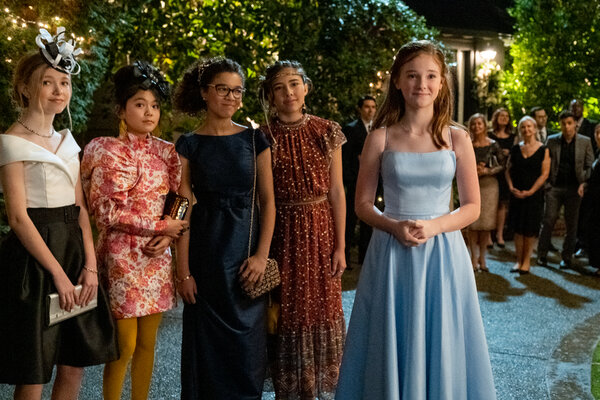 American girls who came of age in the ’80s and ’90s regarded Ann M. Martin’s novels of tween entrepreneurship as sacred texts. Happily, the series creator Rachel Shukert has updated these stories to the screen without losing any of Martin’s sympathy, pluck and can-do attitude. “It’s heartwarming but not heavy,” our critic James Poniewozik wrote. The casting is impeccable, for the preteens and parents both — particularly Alicia Silverstone as a frazzled mom. Which probably explains the show’s immense intergenerational appeal. Gen X and millennial parents can reunite with the literary heroines of their youth. Their Gen Z kids can ask what a landline is.

If you want to spend the holiday considering how the wrongs of the past echo into the present, give this Showtime limited series a go. Based on the National Book Award-winning novel by James McBride and created by Ethan Hawke and Mark Richard, the seven episodes provide an antic, imaginative biography of the 19th-century abolitionist John Brown (Hawke). “It’s like getting to be King Lear, but even better,” Hawke told the Times. Onion (Joshua Caleb Johnson), a Black boy informally adopted by Brown, narrates the hourlong episodes. Few shows since “Deadwood” have offered a vernacular so lush or a vision of an earlier America so morally complex.

Watch it on Showtime

‘The Goop Lab With Gwyneth Paltrow’

This Netflix documentary series, which turns its anti-aging-creamed eye on Paltrow’s wellness and lifestyle company, seems purpose-built for hate watching. Yes, its version of the “best life” ethos focuses on healthy, wealthy lives that float free of systemic oppression. And it often trades in woo-woo. (Although is woo-woo the worst thing?) But the series — brisk, unexpectedly engaging and beautifully shot throughout — includes one perfect episode: “The Pleasure Is Ours.” An exploration of female anatomy and sexuality, it features the peerless sex educator Betty Dodson, who died in October, and demonstrates the female orgasm without winking or embarrassment.

A prestige dramedy with a filthy mouth and a staggering textiles budget, this 10-episode show from Tony McNamara (a co-writer of “The Favourite”) embeds itself in the Russian court of Peter III (Nicholas Hoult). The enchanting Elle Fanning plays Catherine, Peter’s bride, who learns that while the emperor has very nice clothes, he has little brain and an entirely depraved moral center. Subtitled “an occasionally true story,” the show’s liberated approach to historical fact gives the series a saberlike satirical edge. A comedy of royal corruption and debauchery, it is also a canny tale of a young woman’s political awakening.

Watch it on Hulu

A workplace sitcom that trades on the real-world slog that makes online gaming possible, this Apple TV+ series debuted in February. Created by Rob McElhenney, Megan Ganz and David Hornsby of “It’s Always Sunny in Philadelphia,” the show sets its nine go-down-easy episodes within a studio responsible for a wildly successful multiplayer online game. If the characters begin as flimsy stereotypes, later episodes fill them out a little. And in May, the show somehow managed its best episode yet, a surprisingly moving 25 minutes, shot remotely during quarantine — a technical feat made manifest in a delirious Rube Goldberg finale.

Watch it on Apple TV+

Come for the dancing. Stay for the feminist workplace critique. This Starz drama, from the first-time showrunner Katori Hall, follows the employees of a struggling shake joint in the Mississippi Delta. “Here these women, most of them Black, get to be subjects, not objects,” Poniewozik wrote. “And they demand notice.” Plotlines tangle, like a string bikini left in the dryer, and resolve only rarely. But the dancing is dynamic, no character is minor and a drama that treats exotic dance as just another grind deserves the rain of some very large bills. Playing the principal dancers, Brandee Evans, Elarica Johnson and Shannon Thornton give stand-up, standout and occasionally “upside down gripping the pole by thighs alone” performances.

Watch it on Starz

‘The Plot Against America’

Philip Roth’s 2004 novel imagines an alternate history in which Charles Lindbergh, an America First xenophobe, wins a presidential election, sowing racial and ethnic division. Which makes David Simon and Ed Burns’s wintry, richly textured adaptation only slightly more comfortable viewing now than when the limited series debuted on HBO in March. If your family fights about politics, scroll past. Otherwise enjoy the layered performances from Zoe Kazan, Morgan Spector and Winona Ryder and the uneasy reminder that totalitarianism can happen here. “It’s a story,” Poniewozik wrote, “in which America comes to realize that democracy is merely a choice, not an inevitability.”

Watch it on HBO

This Portland noir stars Cobie Smulders as Dex, a locked-and-loaded private investigator with big-time personal trauma. A case-of-the-week procedural, it might have benefited from the prestige treatment: fewer episodes, bigger budgets. But Smulders’s persuasive, tight-lipped performance and the pleasure of seeing tough-guy conventions tailored to a tough-girl form made it sing, however morosely. This show actually debuted in September 2019, but its first season ended in March. ABC renewed it for a second, then walked back that renewal this September, blaming coronavirus-related delays. The season finale cracked one foundational mystery, then introduced one more. Maybe another network can pick up the series and put Dex back on the case.

Watch it on Hulu

Watch it on Apple TV+

Think of this show, about twin sisters who collar wanted criminals and bail jumpers, as kettle corn television: sweet, salty. Set in Atlanta, where the girls (Maddie Phillips and Anjelica Bette Fellini) attend a conservative Christian high school, the show does smart, sometimes subtle work as our heroines make their own moral choices. And the cast attacks the scripts with the enthusiasm of a newly adopted shelter puppy. “It’s quirky and naughty and funny, the show so many teen shows think they are but aren’t quite, satirical and earnest often in the same scene,” our critic Margaret Lyons wrote. So don’t flee this series, created by Kathleen Jordan, even though Netflix canceled it not long after its August premiere.

This hallucinatory limited series, which borrows from folk horror (think “Midsommar,” but chillier, or “The Wicker Man,” though less flammable), entrenches an elegant nightmare in a bold structure. Created by Felix Barrett and Dennis Kelly (“Utopia”), its first three episodes star Jude Law as a man ensnared on a peculiar island. The next three star Naomie Harris as a woman who goes in search of him. When the series aired in late summer, a durational performance by the immersive art stars Punchdrunk linked the two halves. You’ll just have to perform your own response to a claustrophobic chiller about the inability to travel.

Watch it on HBO

Has 2020 sometimes felt like a simulation gone awry? That sensation will prepare you for this bleak, ingenious comedy from Greg Daniels (“The Office,” “Parks and Recreation”). In the near future, technology allows the recently deceased to upload consciousness into a cloud-based afterlife. The show stars Robbie Amell (all chin and masculine complacency) as a bro coder who is suddenly introduced to a plush digital heaven. (It looks a lot like Mohonk Mountain House in upstate New York.) The series skews cynical. Nathan is often punchable. But there’s some nifty Imagineering and charming support from Andy Allo as Nathan’s living handler. And as Poniewozik wrote, “coming to screens around the height of the pandemic, a comedy about death — and bridging the distance between the living and the digitized — had an unintended level of poignancy.”

Watch it on Amazon

END_OF_DOCUMENT_TOKEN_TO_BE_REPLACED

END_OF_DOCUMENT_TOKEN_TO_BE_REPLACED
We and our partners use cookies on this site to improve our service, perform analytics, personalize advertising, measure advertising performance, and remember website preferences.Ok