Charlie Cox on the First Time He Owned a Leather Jacket

I was in the kitchen of my apartment staring down at a small rectangular black case that I believed contained a recorder. I believed it contained a recorder because I had been told as much, but I didn’t know for sure because I had never actually opened it. How had I let this happen? I had been tasked with one job in the summer vacation after my first year at drama school — to learn to play the instrument for the school’s tour of the Nativity play. I hadn’t. And the term was starting in T minus 12 hours. All I could do now was pray.

Then something amazing happened. God called me! Well not quite, but close enough. My agent. I had auditioned for a film early on in the summer holidays, had heard nothing for two months and had long since concluded that I had not been successful. Yet this was the call from Hollywood myth: “Kid … you’re in the movie.”

Luckily, I would no longer be showing up to drama school the following day hat in hand, apologizing for my incompetence. Instead I’d be apologizing for having to relinquish the role of Shepherd Number Three, as I would be filming an adaptation of “The Merchant of Venice” — playing the role of Lorenzo — with none other than Al Pacino.

As this life-changing news began to sink in, and on top of the relief from narrowly escaping detention, what was most exciting to me was the prospect that this job might be the point after which I could legitimately call myself an actor.

I had wrestled with this idea for the last few years. I knew I wanted to be an actor. I had won a place at a top drama school and had even played a small part in a film. Admitting, however, that I was an actor (to anyone who might ask) made me feel like a fraud; I would find myself instead saying things like “I’m trying to be an actor” or “ I want to act.” It was like I hadn’t earned the right to the title yet. Surely sharing the screen with Al Pacino would change that.

The next few months spent filming this, my first major motion picture, was everything that I could have imagined it would be. It all still feels like a dream, littered with incredible moments, but one in particular stands out.

We were filming in a remote part of Luxembourg before a Christmas break that happened to include my 21st birthday. In order to keep morale high the producers hired a private dining room in a restaurant nearby, and twice or three times a week the whole cast would be invited to dinner. Not everyone attended every meal, and I would say on average people went once a week.

Not me! I was there Every. Single. Time. I never missed a dinner. It wasn’t for the free food or out of boredom, but because we never knew on which nights Mr. Pacino would turn up. Even if I were never seated anywhere near him, I wasn’t going to miss the opportunity to “have dinner with Al.” 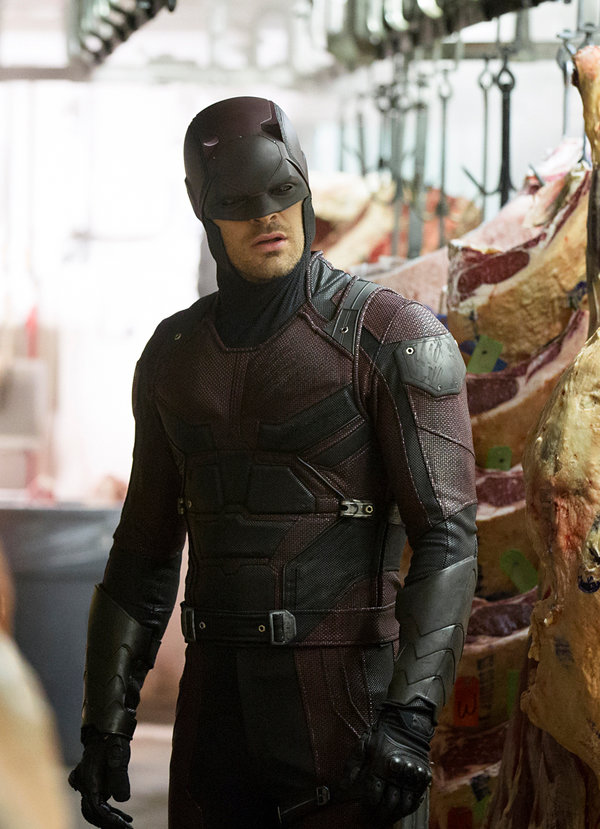 On one of our last evenings before the break I turned up to dinner marginally late, and to my amazement spotted an empty chair next to Al. I’m not sure what gave me the courage other than naïve bravado, but knowing this was a once in a lifetime opportunity I casually eased my way round the table and nonchalantly slipped into the seat next to … Michael Corleone. Carlito Brigante. Lieutenant Colonel Frank Spade.

Now although Mr. Pacino was always friendly on set, none of my inexhaustible efforts to say something fascinating or hilarious on this evening led to the explosive conversation I had hoped for. Truth be told we barely spoke to one another. The producer on Al’s other side selfishly hogged him for most of the evening, which I felt was rather uncharitable!

As we got up to leave, however, and probably in another lame attempt to engage him, I mentioned to Al how cold it was outside. This is how I recall the banter that followed:

I froze. He sounded like someone doing a clichéd impression of Al Pacino.

“Well you gotta get one,” he said. “Every actor has to have a leather jacket.”

That was it. Not the most memorable exchange of all time, and undoubtedly forgotten by Al by the time he had stood up and donned his own, impossibly cool leathers.

What he couldn’t have known, of course, was that he had answered a much larger question of mine. I could have sworn I had grown a few inches taller. Impostor syndrome be gone — I was officially an actor. The Godfather himself had declared it!

On the way back to the hotel, my head still in the clouds, my dad called to arrange picking me up for the holiday break at the airport.

Just before we hung up I heard my mother’s voice interrupt him in the background. “Oh, yes, Coxy,” I remember him saying. “Mum wants to know what you want for your birthday.”

A knowing smile crossed my face. “It’s funny you mention that …”

Charlie Cox is the star of “Marvel’s Daredevil,” now in its third season on Netflix.