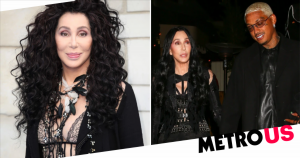 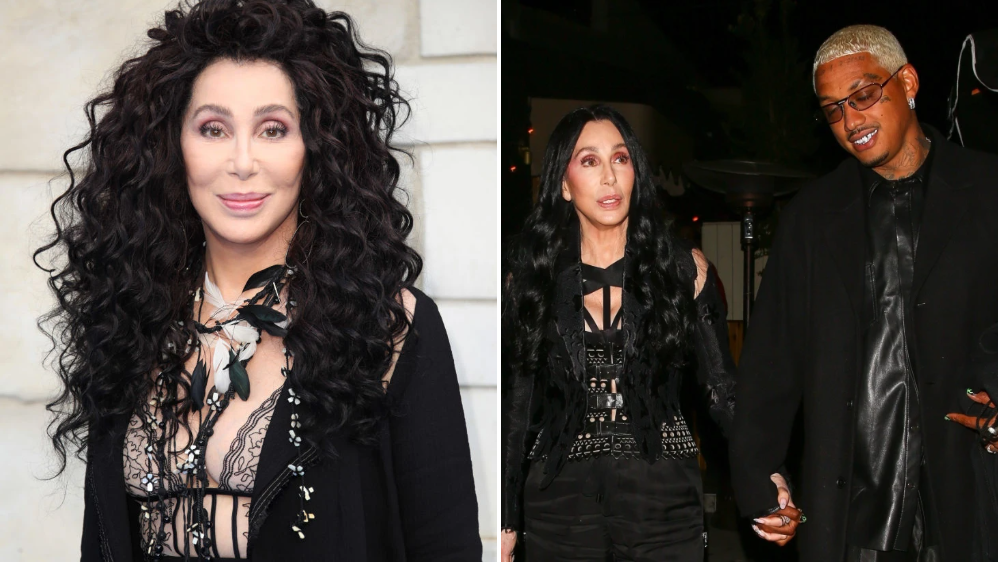 In true Cher style, the singer has zero time for haters, as she’s shrugged off criticism of her 40-year age gap with Alexander Edwards.

The Believe hitmaker, 76, has confirmed her romance with the 36-year-old after the pair were spotted holding hands while enjoying a dinner date this week.

Music producer Alexander and the Strong Enough songstress were joined by Kylie Jenner’s ex Tyga as they dined at celebrity hotspot, Craig’s.

Following reports that the lovebirds have been spending time together at Cher’s Malibu mansion – which she recently put up for sale for a cool $85million (£74m) – the music icon has silenced concerns from fans that he might have bad intentions.

Cher began by tweeting a picture of Alexander, accompanying the snap with a red heart emoji.

When a fan asked: ‘Is this your new man?’, she simply replied with a heart face emoji, giving the impression that she’s very much living in a bubble of happiness.

Another follower wanted to know if Alexander would be meeting Cher in New York, but she confirmed: ‘No he’s working’.

However, one concerned follower replied: ‘I’m not sure how I feel about this. I’ve been a fan for so long that I’m immediately suspicious of his intentions towards you. WE know you are fabulous and I’m sure your inner circle will continue to have your back. Want you to be happy, but not taken advantage of!!!’

Assuring the fan that there’s nothing to worry about, Cher responded: ‘As we All Know …I WASNT BORN YESTERDAY,& What I Know For Sure…There Are No Guarantees. Anytime you make a Choice You Take a Chance.I’ve Always Taken Chances…It’s WHO I Am [sic].’

It’s thought that Alexander – who is 40 years younger than Cher – first got to know his now girlfriend in September, as they posed side-by-side at the Rick Owens SS 2023 Paris Fashion Week show.

Alexander is the ex of model and TV personality Amber Rose, 39, and they share three-year-old son Slash Electric Alexander Edwards.

Amber accused her former partner of cheating multiple times and having affairs with 12 different people on her Instagram story in August. He later confessed to being unfaithful.

As for Cher, the vocal powerhouse has been married twice before, firstly to Sonny Bono, who died in 1998, and with whom she shares son Chaz Bono, 53.

She then married late singer Gregg Allman, and had a child named Elijah Blue Allman, 46.