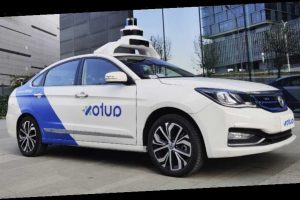 China has become one of the first countries in the world to offer fully driverless, autonomous taxi rides on its roads.

The feat was achieved by Shenzhen-based software company AutoX, which focuses on developing self-driving cars. After years of testing, the company has finally gained permission to roll out a fleet of fully autonomous robotaxis that don’t need any safety driver in the front seat at all. The technology itself relies on a combination of radar, LiDAR, and blind-spot sensing via modifications made to a Chrysler Pacifica, and you can see it in action in the video above.

For those in the region, AutoX is now offering the opportunity to try out these driverless taxi rides, and all you’ll need to do is sign up for the pilot program and then use your membership credits to hail the robotaxis. While the service is still restricted to the Shenzhen area for now, there’s no doubt the company will hope to expand across China as a whole and eventually roll out its service globally as well.

Elsewhere in the tech industry, India is looking to ban Bitcoin and other private cryptocurrencies.
Source: Read Full Article