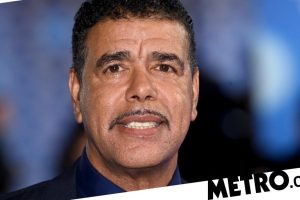 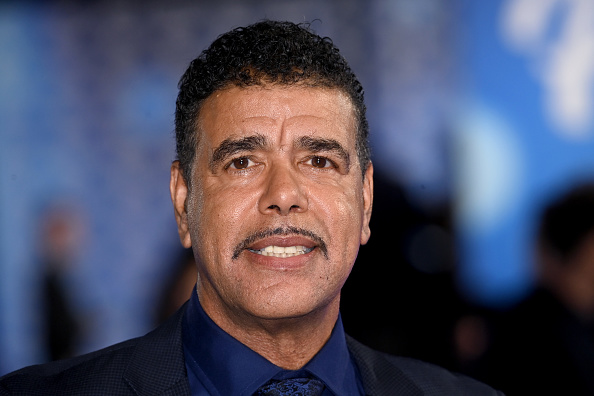 Chris Kamara got emotional when he discussed his last day on Sky Sports with fellow pundit Jeff Stelling following his apraxia diagnosis.

The TV presenter and former footballer revealed earlier this year that he is suffering from the speech disorder alongside an existing thyroid issue.

After his condition came to light, Kammy, who became an iconic presence on Soccer Saturday – Sky Sports’ weekend goal show – announced his departure from the station after 24 years.

He said at the time: ‘My long career at Sky Sports has never felt like work. I’ve spent 24 terrific years at Sky, and leave with the best of memories.’

In the ITV documentary Chris Kamara: Lost For Words, the Ninja Warrior host explores his diagnosis and seeks advice from experts and meets others suffering from apraxia of speech.

The pundit also catches up with his friends, including Ben Shephard and Jeff, 67, with whom he discusses his last sports broadcast.

The hosts catch up over a pint and a game of darts in the pub, during which Jeff said he felt ‘relieved’ to discover that his pal didn’t have dementia, as he suspected at one time.

‘Your friends, me included, were fearing the worst in a way, because dementia in football is a big hot topic,’ Jeff said.

Chris had commented he ‘knew that there was something wrong’ but was hoping to ‘wake up one day and find out it’s not there anymore’ and to continue reporting on sports.

Jeff agreed Chris’ final day with the broadcaster was ‘tough’ and he ‘found it really hard.’

‘The last day at Rotherham was the end of me,’ Chris replied, ‘I can’t do this anymore.’

Welling up, an emotional Chris turns to Jeff and says: ‘Don’t make me cry!’

Chris initially sparked concern in March after appearing to slur his words during an appearance on Sky Sports’ Soccer Saturday.

He said: ‘I continued doing programmes and, all of a sudden, people are tweeting me or asking my friends ‘Is he OK? Is something wrong with him? Is he drunk? He’s slurring his words, he sounds slow’.

‘That’s eventually where my good mate here [presenter Ben Shephard] got me to spill the beans on [Good Morning Britain].’

Chris Kamara: Lost for Words is available on ITVX.