Home » Entertainment » Chris Pratt's Star-Lord Has Been Confirmed for 'Thor: Love and Thunder'

Chris Pratt's Star-Lord Has Been Confirmed for 'Thor: Love and Thunder' 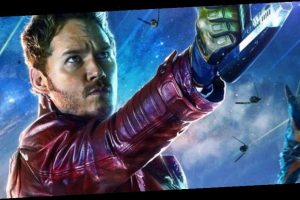 Chris Pratt has now been confirmed to make an appearance as Star-Lord in the upcoming fourth installment of the Thor franchise in the Marvel Cinematic Universe, Thor: Love and Thunder.

The news probably doesn’t come as a surprise to most diehard Marvel fans, as we see Chris Hemsworth‘s Thor joining the Guardians of the Galaxy on their ship at the end of Avengers: Endgame, although so far no details have been revealed about how big of a role Pratt will be playing in the upcoming film. There have also been rumors that other Guardians members and Avengers will be making an appearance, though none have been confirmed yet by Marvel or Disney.

As for the movie itself, Taika Waititi will be coming back to the franchise once again to direct after the massive success of Thor: Ragnarok, with Natalie Portman reprising her role as Jane Foster. The plot is said to revolve around Portman, who will eventually take on the mantle as Mighty Thor herself and wield the legendary Mjolnir. Tessa Thompson returns as Valkyrie while Christian Bale has been confirmed for the role of the main villain, which some suspect to be Beta Ray Bill.

Thor: Love and Thunder is currently slated for a February release in 2022.

Elsewhere in entertainment, Naruto creator Masashi Kishimoto has taken over as writer for the Boruto manga.
Source: Read Full Article