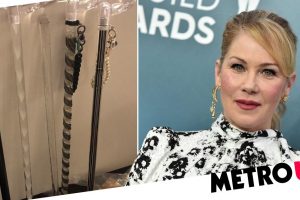 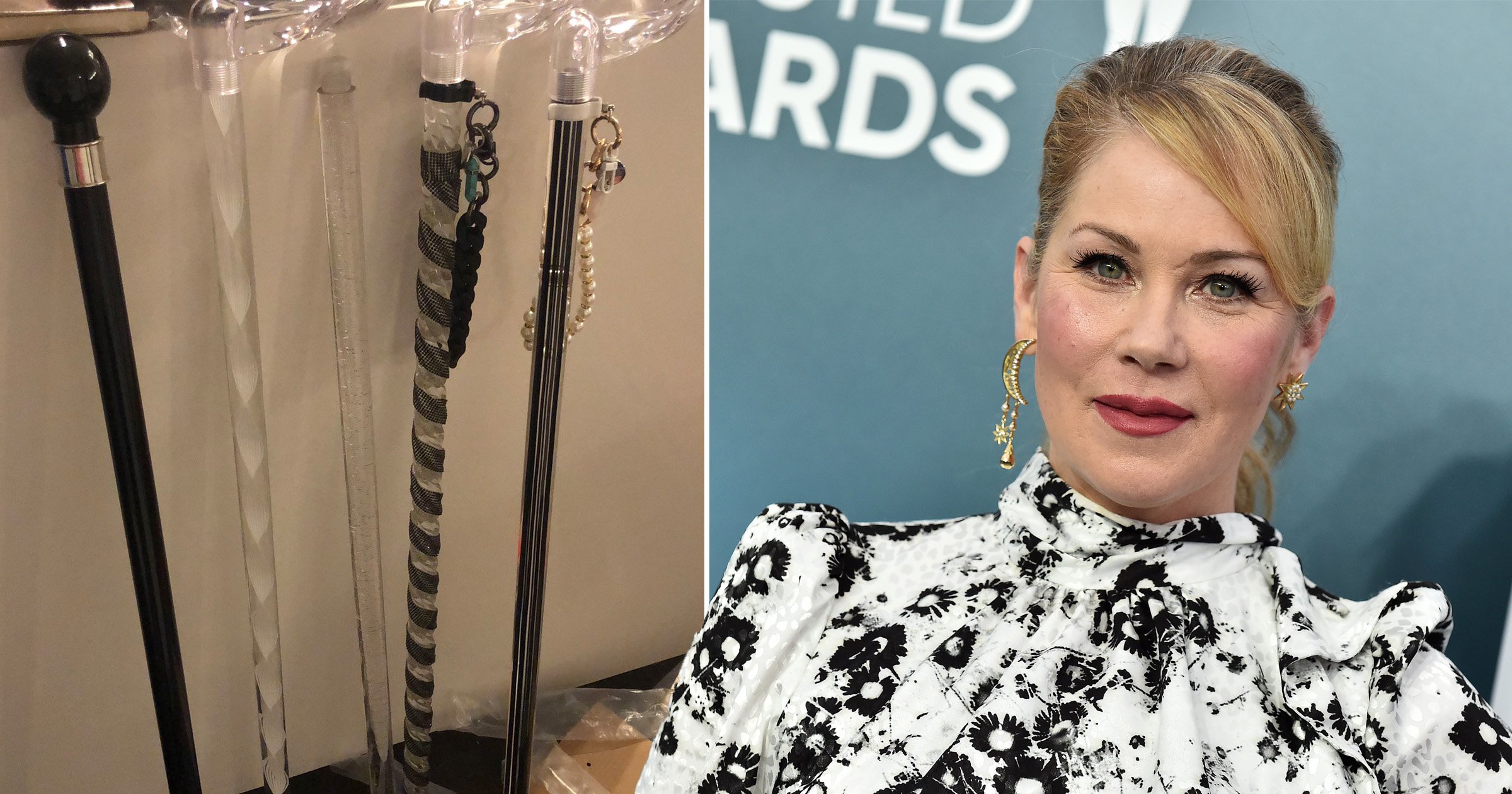 Christina Applegate is preparing for a ‘fancy’ return to the spotlight for her first event, after she was diagnosed with Multiple Sclerosis.

The actress, who is set to hit our screens for the third season of Dead To Me, revealed her health issues with MS last year.

She took a backseat from the public eye following her illness – which affects the brain and nerves – but has now revealed that she has an ‘important’ event to attend.

Taking to Twitter, the 50-year-old gave fans a glimpse at one of the canes she may be using for the ceremony, unveiling her stunning options.

‘I have a very important ceremony coming up,’ she penned beside the snap. ‘This will be my first time out since diagnosed with MS. Walking sticks are now part of my new normal.

‘Thank you @neowalksticks for these beauties. Stay tuned to see which ones make the cut for a week of stuff.’

Fans heaped praise on Christina for being so open about her condition, and shared their support in the comments

‘Christina has been and forever will be a bad b,’ a follower cheered.

‘You are an incredibly strong woman with a steel will,’ a Twitter user praised.

One wrote: ‘Love a nice walking stick. Hate why you need one. All the best.’

Another agreed: ‘What a courageous woman! Thinking good thoughts and positive vibes your way!’

‘I didn’t think it was possible for me to love @1capplegate any more than I already did until I saw this post. She’s such a badass,’ a fan added.

MS is a lifelong condition that damages nerves in the body and makes it difficult for sufferers to do everyday things, including walking, talking and eating.

It causes a wide range of potential symptoms, including fatigue, difficulty walking, problems with balance and co-ordination, and issues with vision.

What is Multiple Sclerosis?

Multiple Sclerosis (MS) is a lifelong condition that affects the brain and spinal cord. It can sometimes cause serious disability, although it can occasionally be mild.

There is currently no cure for MS, but a number of treatments can help the condition. It is most commonly diagnosed in people in their 20s and 30s, although it can develop at any age.

It causes a wide range of potential symptoms, including fatigue, difficulty walking, problems with balance and co-ordination, and issues with vision.

Depending on the type of MS, symptoms may come and go in phases or get steadily worse over time (progress).

There is currently no cure, but a number of treatments can help the symptoms.

Christina opened up about her diagnosis for the first time last August, telling fans at the time: ‘A few months ago I was diagnosed with MS. It’s been a strange journey. But I have been so supported by people that I know who also have this condition.

‘It’s been a tough road. But as we all know, the road keeps going. Unless some a*****e blocks it.

‘As one of my friends that has MS said “we wake up and take the indicated action”. And that’s what I do.

‘So now I ask for privacy. As I go through this thing. Thank you xo.’