Celebrities are really embracing this new social media craze wholeheartedly, including this HGTV star and her British husband. Christina El Moussa reacted to Ant Anstead’s #10YearChallenge photo like the proud wife she is. On Jan. 15, Anstead posted his challenge photo, which actually turned out be more of a 20-year-old picture compared to the decade-old image people are sharing.

Either way, Anstead’s Instagram caught the attention of El Moussa, who clearly thinks her new husband of almost a month is even more on fire than he was over two decades ago.

Anstead’s side-by-side photo shows him as a police officer in 1999 and what he looks like now. He captioned the image, “My #10yearchallenge is actually [a] #20yearchallenge. This was 1999 the year I joined the police!! And now….. Where have those two decades gone!”

In case you missed the hubbub this week, the #10YearChallenge has overtaken social media, with many people sharing photos of themselves in 2009 and in 2019 to show how much they’ve changed over the past 10 years. It can also be viewed as a way to embrace getting older, rather than being ashamed of aging. Whatever the case, it’s become a fun challenge for many, including Anstead.

My #10yearchallenge is a actually #20yearchallenge This was 1999 the year I joined the police!! And now….. Where have those two decades gone! ? x

There’s definitely a difference between his two pictures, and mainly that Anstead is obviously younger in his “then” photo compared to his “now” image. Whatever the case, El Moussa thinks Anstead has aged extremely well. She commented on his post, “Like a VERY fine wine.” The Flip or Flop cohost also added three fire and three heart emojis, along with the hashtag “mine”.

Her comment didn’t go unnoticed, as Anstead replied, “@christinaanstead your turn…. I was handed the ammunition by your parents at Christmas [two crying laughing emojis] plenty of embarrassing pictures for you to pick from!! X x x love you! X.”

It’s probably safe to say she will not be sharing the photos Anstead mentioned. 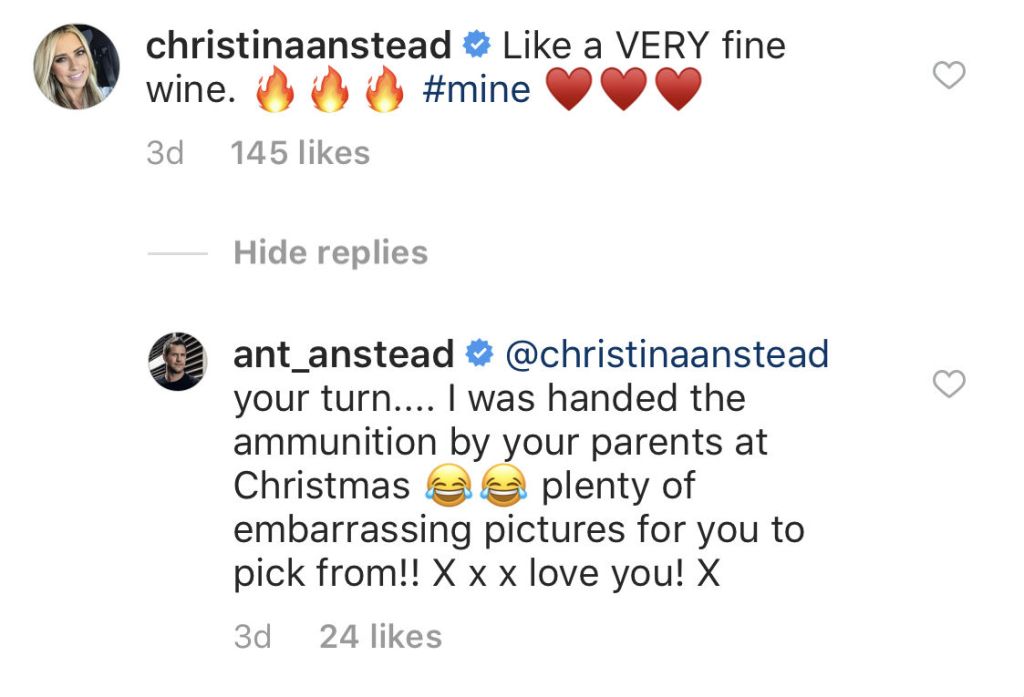 Who knows if El Moussa will end up participating in the #10YearChallenge, like Anstead. If she does, Anstead would most likely respond to her photo just like El Moussa did his. There’s no denying they’re extremely attracted to each other, and, of course, head over heels in love.

END_OF_DOCUMENT_TOKEN_TO_BE_REPLACED

END_OF_DOCUMENT_TOKEN_TO_BE_REPLACED
We and our partners use cookies on this site to improve our service, perform analytics, personalize advertising, measure advertising performance, and remember website preferences.Ok