Home » Entertainment » Colbert on the Polar Vortex: ‘Viral Marketing for “Game of Thrones” Has Gone Too Far’

Colbert on the Polar Vortex: ‘Viral Marketing for “Game of Thrones” Has Gone Too Far’

With a polar vortex sweeping much of the United States, Stephen Colbert took a short break from Trump-bashing on Tuesday to make a few jokes about the bone-chilling cold.

“The viral marketing for ‘Game of Thrones’ has gone too far. We get it! Winter is coming.” — STEPHEN COLBERT

“Wisconsinites have sought shelter under a thick layer of melted cheddar!” — STEPHEN COLBERT

Jimmy Fallon poked fun at President Trump while commenting on the extreme weather: He pointed out that the president’s Twitter post about the cold front misspelled “global warming” — in addition to apparently misunderstanding the way that climate change can cause cold fronts.

“He was like, ‘Global warming is a hoax — but global waming is very real.’ Then he said, ‘I recommend staying indoors and drinking a wame cup of tea.’ ” — JIMMY FALLON

“I heard experts say that during a polar vortex, you shouldn’t leave items like beer, eggs and medicine in your car. Though if that’s what you’re keeping in your car, the polar vortex is the least of your problems.” — JIMMY FALLON

As the former Starbucks chief executive Howard Schultz explores a run for president, many people on the left of the political aisle have been expressing their dismay. Fallon suggested they all calm down a little.

“Some Democrats are threatening to boycott Starbucks. Yeah, then Starbucks said, ‘Don’t worry, the food in the display case will still be here when you get back.’ ” — JIMMY FALLON

“Over the weekend, the United Arab Emirates held ‘gender equality awards’ that were won entirely by men. Congratulations, guys, but I gotta say, men are the ones creating the inequality. That’s like giving a ‘perfect attendance award’ to the kid who gave the whole class E. coli-contaminated cupcakes.” — STEPHEN COLBERT

“Denmark is building a 43-mile-long fence along its border with Germany to keep out wild pigs. Just to mess with Trump, Mexico agreed to pay for it.” — JIMMY FALLON

“To kick things off, none other than President Trump has agreed to sit for a pregame interview. And the Super Bowl, you know, is his third-favorite bowl right behind taco and toilet.” — JIMMY KIMMEL

“A hummus brand in England called MeToo! will be changing its name of 14 years after the company suffered a significant drop in sales, possibly due to the #MeToo anti-harassment movement. ‘We feel your pain,’ said the owners of Toys ‘R’ Kelly.” — SETH MEYERS

Desus and Mero — the comedy duo behind Viceland’s late-night show, which comes back from a break next month — will sit down with Jimmy Kimmel on Wednesday 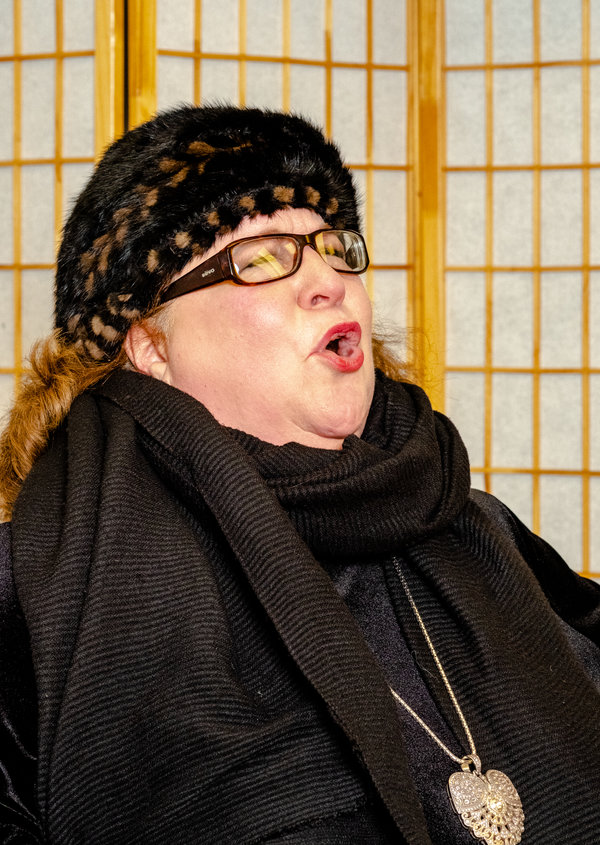 Can Aprile Millo, a diva who once ruled the Met, make her comeback?

The Best Movies and TV Shows New to Netflix, Amazon and More in January

The 20 Best TV Dramas Since ‘The Sopranos’

Seven TV Shows That Are Perfect for Multitasking