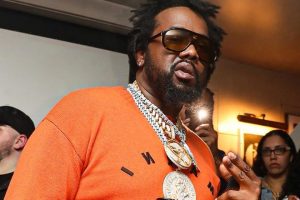 Conway The Machine has dropped off an accompanying music video for his Wallo267-assissted track, “Stressed.”

Taken from his most recent and Shady Records major label debut album God Don’t Make Mistakes, the dramatic visual reflects the track’s overall tone of vulnerable and reflective. The cut hears the Buffalo rapper opening about a number of his struggles, ranging from his cousin’s suicide to childhood abuse, the loss of his infant son, addiction, trauma and the Bells Palsy diagnosis that he’s suffered from since being shot in the head — which also almost killed him.

“It was tough opening up doors that I haven’t opened up in awhile. This is my story and sharing it all with the world is different for me, but I was happy to do it,” Conway The Machine shared in a statement. “I know fans will love it.”

Watch Conway The Machine and Wallo267’s “Stressed” music video above.

Elsewhere in music, the internet has been busy speculating the release date of Kendrick Lamar’s new album following a pair of now-deleted tweets from Rolling Loud.
Source: Read Full Article