Damien Hirst is Currently Burning Thousands of His Paintings 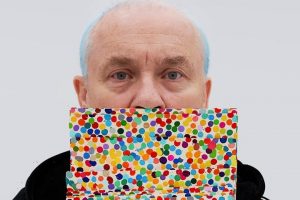 British artist Damien Hirst is currently throwing thousands of works into fire pits at his Newport Street Gallery space in London, as the finale to his “Currency” exhibition.

The somewhat eyebrow-raising performance is taking place now as part of the show’s overarching concept. In detail, Hirst wanted to offer a commentary on the ownership of digital and physical artworks, and as such, launched Currency in July 2021. It encompassed a collection of 10,000 NFTs and 10,000 corresponding original artworks. These were handcrafted in 2016 from enamel paint on handmade paper, and have been numbered, titled, stamped, and signed by the artist on the back – with no color repeated twice. Each title, such as “Love Still Burns” has been generated through machine learning to some of the artist’s favorite song lyrics.

Upon purchase, collectors could either keep the NFT or exchange it for a physical piece. A year-long “exchange period” closed in late July, stipulating that those who opted to keep the physical piece would see their NFT destroyed, and vice versa. The results showed that just over half wanted to keep the physical piece, with the rest opting for the NFT. As promised, the burning is taking place right now, with Hirst and team clad in safety-appropriate dungarees. Head over to Hirst’s Instagram page to watch live. The exhibition will remain open, and artworks will continue to be burned until October 30. Timings will be publicized in advance, but queues will be in place.

Elsewhere in art news, an arsonist has lit a fire on Easter Island partially damaging several of the sacred statues that famously stand there.