Home » Entertainment » 'Dancing With the Stars’ Winners Through the Years: Where Are They Now? 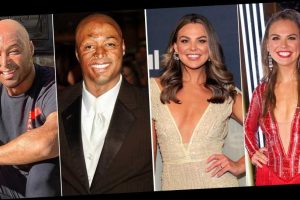 In June 2005, ABC launched the U.S. version of the U.K. series Strictly Come Dancing. Tom Bergeron served as the host of Dancing With the Stars, with Lisa Canning as his cohost in season 1. Samantha Harris replaced Canning in season 2 for eight seasons. In season 10, Brooke Burke (who won season 7) took over as cohost until season 18, when Erin Andrews (who competed in season 10) took over.

Since then, Andrews, 42, and Bergeron, 65, have hosted alongside each other.

The hit show launched a spinoff in 2018, Dancing with the Stars: Juniors. Valentin Chmerkovskiy, Mandy Moore and Adam Rippon judged the competition and the cast was made up of celebrity kids, including Tripp Palin, Alana “Honey Boo Boo” Thompson and Mackenzie Ziegler. The show was canceled after one season.

Scroll through the gallery below to see every star who has won the reality show and where they are today.