Danny Shanahan, Cartoonist With an Absurd Touch, Dies at 64 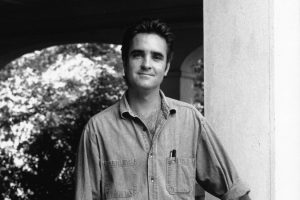 Danny Shanahan, a mirthful cartoonist who had a stand-up comic’s gift for one-liners but whose long association with The New Yorker ended last year under a cloud, died on Monday in a hospital in Charleston, S.C. He was 64.

The cause was multiple system organ failure, his wife, Janet Stetson, said. He had been living in Mount Pleasant, S.C.

From 1988 through last year, Mr. Shanahan published about 1,000 cartoons in The New Yorker. Drawn with a casual style and an absurdist’s eye, they were populated by a panoply of characters, including clowns, snowmen, praying mantises, cats, dogs, cave men, elves, monkeys, athletes, businessmen, politicians, Santa Claus and Elvis.

In one cartoon, a dog looks up from his menu in a restaurant, and asks the waiter, “Is the homework fresh?” In another, titled “Mr. October,” a headless New York Yankee reaches into his locker for his pumpkin head. In a third, called “Batmom,” Batman reads a message beamed to him in the sky that says, “Your sister got another promotion!”

But Mr. Shanahan’s long run at The New Yorker ended with his arrest by the New York State Police in December on a charge of possession of child pornography. Citing “deeply disturbing” accusations against him, The New Yorker suspended his contract.

Mr. Shanahan pleaded not guilty. His lawyer, Phil Smallman, said the case had not been resolved at his death, adding that a conference with the presiding judge was scheduled for Monday. 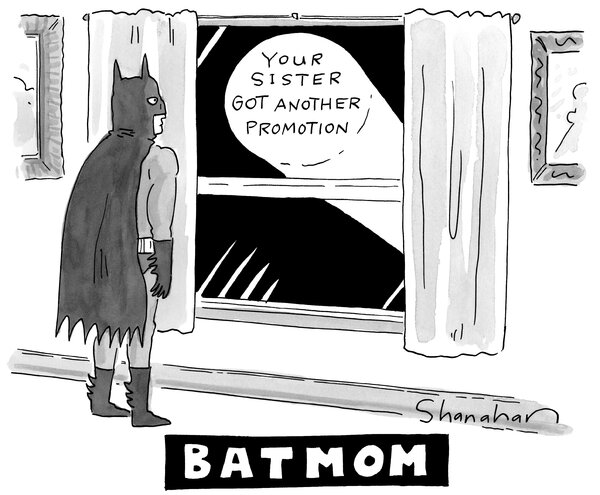 Michael Maslin, a fellow New Yorker cartoonist,said of Mr. Shanahan by phone: “He was like a human Pez dispenser of humor, his mind always working.” He was funny, like his work. He was never off.”

He was invariably silly. In the first half of a two-panel cartoon, Mr. Shanahan depicted a drowning boy screaming to a famously helpful dog: “Lassie! Get help!” In the second panel, Lassie reclines on a therapist’s couch — getting help. In one of his many clown cartoons, Mr. Shanahan drew one clown giving advice to another, who is wearing a round nose as big as a bowling ball: “Ask yourself, ‘Does it make me a better clown?’”

And in his 2018 parody of “Christina’s World,” Andrew Wyeth’s painting of a young woman lying in a field and staring at a distant farmhouse, Mr. Shanahan added a soccer goal behind her and put red goalkeeper’s gloves on her hands to create “Christina’s World Cup.”

Daniel Patrick Shanahan was born on July 11, 1956, in Brooklyn and raised in Northport, on Long Island, and Bethlehem, Conn. He was one of 11 children of Bernard Shanahan, a manager at the electronics company Perkin-Elmer, and Kathleen (Novosel) Shanahan, a homemaker.

“He was always drawing,” Ms. Stetson, his wife, said. “His parents had a large family with a modest income, but they always had lot of books and lots of paper on the table. And he was always funny. He had a unique way of looking at the world.”

Mr. Shanahan was largely self-taught; he took one or two courses at Paier College of Art in Hamden, Conn. He worked as a bartender while selling cartoons, mostly to small magazines but also to TV Guide.

“I’ve been cartooning for over 30 years,” he told the website A Case for Pencils in 2017. “I started, back in the ’80s, as the unofficial cartoonist for the United States Tennis Association, thanks to a good friend who was an editor for World Tennis magazine. Thankfully he saw a glimmer of possibility in this Bleecker Street bartender’s Kliban and Larson knockoffs,” referring to B. Kliban, known for his one-panel cat cartoons, and Gary Larson, the creator of “The Far Side.”

By 1988, Mr. Shanahan and Ms. Stetson were married and seeking a less expensive place to start a family. They moved from Rhinebeck, N.Y., to Corrales, N.M. Soon afterward, he sold his first cartoon to The New Yorker: a conspicuously musclebound little boy reading his essay, “What I Did on My Summer Vacation,” to his classmates. The family lived in New Mexico for seven years, time that Ms. Stetson called “the best thing that could have happened” to her husband “because he was able to develop his style.”

He published several collections of cartoons and two children’s books: “The Bus Ride That Changed History” (2009, written by Pamela Duncan Edwards), about Rosa Parks’s refusal to surrender her seat to a white person on a bus in Montgomery, Ala., in 1955; and “Buckledown the Workhound” (1993), which he both wrote and illustrated. He also illustrated “More Weird and Wonderful Words” (2003), edited by Erin McKean.

In addition to his wife, Mr. Shanahan is survived by their sons, FinneganShanahan and Render Stetson-Shanahan; his sisters, Jane Petersen, Eileen Stevens, Kathryn DeAngelis, and Celia, Rita and Lillian Shanahan; and his brothers, Bernard Jr., Francis, Matthew and Terrence. (His son Render received notoriety when he was sentenced to prison on a manslaughter charge last year in the stabbing death of his female roommate in 2016.)

Mr. Shanahan’s final cartoon for The New Yorker appeared in November. It shows one pilgrim woman holding a cooked turkey on a platter and telling another pilgrim woman, “He says my eagle tastes fishy, so this year I’m trying something new.”