Home » Entertainment » David Beckham Docuseries in the Works at Netflix

David Beckham Docuseries in the Works at Netflix 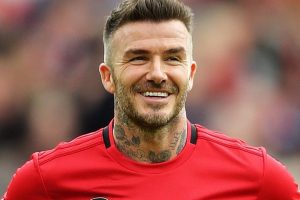 David Beckham will be the subject of a new untitled Netflix docuseries, with Oscar-winners Fisher Stevens and John Battsek on board as director and executive producer, respectively.

The series is currently in production and will showcase Beckham’s “humble working-class beginnings in East London, and the drive and determination that led him to become one of the most recognizable and scrutinized athletes of all time,” according to the official synopsis.

The project will include “never-before-seen personal archive footage from the last forty years” alongside interviews with Beckham’s family, friends and notable figures associated with his life and career.

Variety first reported on the show in 2020, revealing that the retired British soccer player and his designer and former Spice Girl wife Victoria Beckham would be the stars of the $20.6 million USD docuseries. The series was originally described as a “fly-on-the-wall” documentary, though it is now believed to follow both Beckham’s successes and controversies with a more structured approach, according to The Hollywood Reporter.

Elsewhere in entertainment, Zendaya has made Emmys history as the youngest producing nominee for Euphoria.
Source: Read Full Article