Home » Entertainment » Demi Lovato: I Had 3 Strokes and a Heart Attack After 2018 Overdose

Demi Lovato: I Had 3 Strokes and a Heart Attack After 2018 Overdose 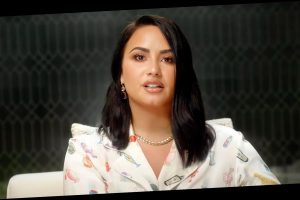 The ultimate comeback. Demi Lovato is opening up about her 2018 overdose like never before.

Demi Lovato Through the Years

“I had three strokes. I had a heart attack,” the Grammy nominee, 28, reveals in the trailer for her upcoming YouTube Originals docuseries, Dancing With the Devil, which premiered on Wednesday, February 17. “My doctors said that I had five to 10 more minutes.”

While reflecting on the incident and everything she has been through over the years, Lovato says, “I’ve had a lot of lives, like my cat. You know, I’m on my ninth life. I’m ready to get back to doing what I love, which is making music.”

The Los Angeles Police Department confirmed to Us Weekly in July 2018 that the “I Love Me” singer was rushed to a nearby hospital after overdosing. The news came one month after she confirmed that she had relapsed, breaking six years of sobriety. She was released from the hospital that August and subsequently spent three months in rehab.

Celebrities Who Have Been to Rehab

“I crossed a line that I had never crossed,” Lovato admits in the teaser, while her best friend Matthew Scott Montgomery asks the cameraperson, “Are we talking about heroin? Are we doing this?”

The nearly three-minute trailer also teases that the former Disney Channel star will address her two-month engagement to Max Ehrich, which ended in September 2020, as well as whether she is still sober today.

Lovato spoke further about the four-part documentary on Wednesday at a Television Critics Association panel, where she detailed the impact that her overdose has had on her.

“I was left with brain damage, and I still deal with the effects of that today. I don’t drive a car because I have blind spots in my vision. I also for a long time had a really hard time reading,” she said. “It was a really big deal when I was able to read out of a book, like, two months later because my vision was so blurry. I’ve death with the repercussions, and they’re there to remind me what could happen if I get into a dark place again. I’m grateful for these reminders.”

The actress, who previously released a YouTube documentary titled Simply Complicated in October 2017, told reporters that documenting her ups and downs helps hold her accountable.

“Ultimately, I wasn’t worried about anything [in Dancing With the Devil],” she explained. “You only worry if you have things to hide. … I have things that I keep to myself, of course, because I’m an open book with boundaries.”

If you or someone you know is struggling with substance abuse, contact the Substance Abuse and Mental Health Services Administration (SAMHSA) National Helpline at 1-800-662-HELP (4357).