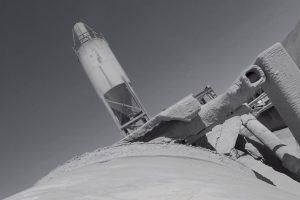 After a two-year renovation and expansion in three adjacent industrial buildings on West 22nd Street in New York, Dia Chelsea will reopen in April with new, internally connected spaces and a cohesive look to its facade. Admission will be permanently free.

The $20 million, 32,500-square-foot project completes the first phase of the institution’s master plan, overseen by Architecture Research Office, that includes an upgrade of Dia spaces in SoHo and the lower level of its Beacon, N.Y., facility. All is being funded by a $90 million capital campaign, more than half of which is being set aside for its endowment.

“From the beginning, we’ve been trying to do this in an economical fashion and really not overextend,” said the Dia director, Jessica Morgan. The pandemic delayed but did not alter the project, said Ms. Morgan, who has raised approximately $80 million of the campaign. (It was originally intended to open in September.)

Founded in SoHo in 1974 and a pioneer to Chelsea in 1987, before galleries started following suit in the 1990s, Dia was a forerunner in using raw warehouse spaces as frames for contemporary art, particularly monumental projects by Walter De Maria, Donald Judd, Dan Flavin and other minimal and land artists. Kim Yao, a partner in the architectural firm, said: “A found Dia space can allow for artists to come in and interact with it. That’s very different from dropping a new building into a city.”

The architects redesigned two badly deteriorated facades of Dia’s one-story gallery buildings in Chelsea with larger openings — for the movement of artwork and people — and brickwork to match the abutting six-story building, which will host the main entrance.

Inside, the lobby connects to a new flexible lecture and performance space and the two cavernous galleries. Each retain their original character — the brick walls of a former marble fabrication company, the vaulted wood-beam ceiling of an old auto repair shop — but will be climate controlled. The project has relocated Dia’s offices and education center to the fifth and sixth floors of the taller building (the middle floors are rented out) and has added more than 6,000 square feet overall to Dia’s public program space.

Two new commissions by Lucy Raven, whose work explores the violence of development in the American West, will inaugurate the exhibition spaces. In one darkened gallery, two sets of wall-mounted light sculptures will pivot 360 degrees and project moving circles of light with a horizontal line through each. These spotlights will form cross-hairs when two circles converge.

“There’s a tension when the lines meet and make an X, a site that you would see through anything from a gun to a surveyor’s scope,” said Ms. Raven, 43, who grew up in Arizona and is based in New York. She noted the importance to her work of artists like Robert Smithson, Nancy Holt and Mr. De Maria, who have long-term works of land art under the stewardship of Dia.

In the second gallery, her new black-and-white film “Ready Mix,” conceived as an alternative kind of western, will be projected on a 36-foot-wide curved aluminum screen intended to reference drive-ins. Shot at a concrete plant in Idaho, the film records how rocks extracted from the earth are transformed into a ubiquitous building material.

“Lucy’s interested in what’s been happening in Chelsea,” with all the building projects in the neighborhood, Ms. Morgan said. “This is for us a fascinating continuation of some of the problematic questions around land art that we face today.”

END_OF_DOCUMENT_TOKEN_TO_BE_REPLACED

END_OF_DOCUMENT_TOKEN_TO_BE_REPLACED
We and our partners use cookies on this site to improve our service, perform analytics, personalize advertising, measure advertising performance, and remember website preferences.Ok