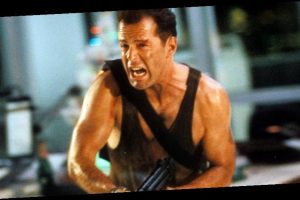 The holiday season is upon us once again, and to celebrate the seasonal cheer, the American Film Institute linked up with revered director John McTiernan on an episode of Behind the Scene to talk to fans about how his 1988 hit Die Hard became a Christmas movie.

“Die Hard was a terrorist movie,” he begins explaining. “And it was about these horrible leftist terrorists who come in to the Valhalla of capitalism — Los Angeles — and they bring their guns and their evil ways and they shoot up on people just celebrating Christmas… And it was really about the stern face of authority stepping in to put things right again… It was the essence of authoritarianism.”

But the director wasn’t fond of this idea as a Christmas movie, and shared his admiration for the 1946 film It’s a Wonderful Life for its “clearest demonstration and criticism of runaway unregulated war capitalism,” and so he revisited Joel Silver with the request of making Bruce Willis’ character a working class hero, who when told by his limo driver it was his first time driving one, would respond that it was also his first time riding in one.

“Other people started to catch on that this was a movie where the hero was a real human being and the people of authority, all of the important folks, were all portrayed as kind of foolish… Everybody, as they came to work on the movie, began to get that, as I said, this movie is an escapee, and there was a joy in it… We hadn’t intended it to be a Christmas movie but the joy that came from it is what turned it into a Christmas movie.”

For fans of the film, you can watch the entire episode with McTiernan above.

END_OF_DOCUMENT_TOKEN_TO_BE_REPLACED

END_OF_DOCUMENT_TOKEN_TO_BE_REPLACED
We and our partners use cookies on this site to improve our service, perform analytics, personalize advertising, measure advertising performance, and remember website preferences.Ok