Dior gowns that made headlines star in London exhibition 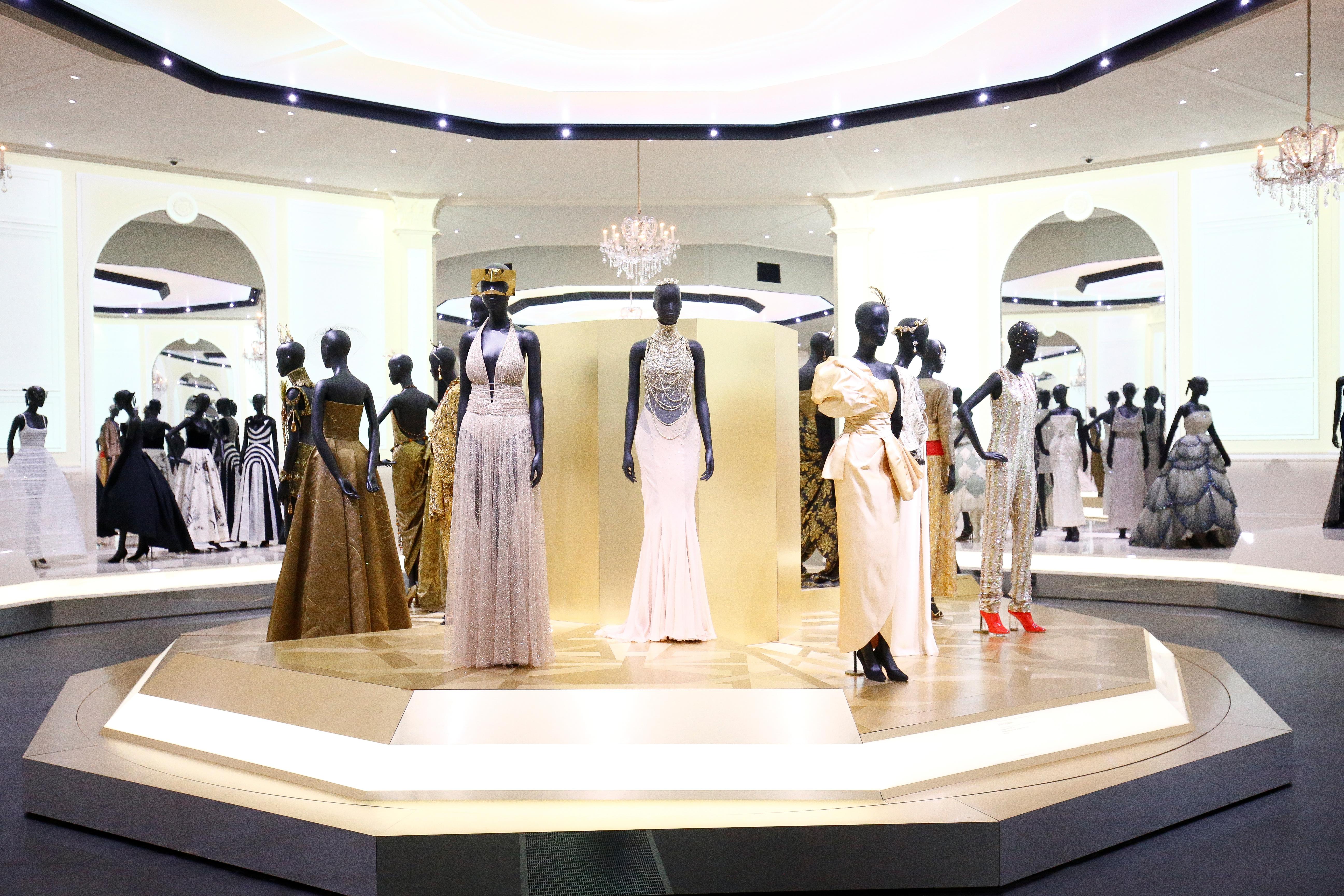 With a supporting cast of accessories, sketches and perfume bottles, “Christian Dior: Designer of Dreams” takes a close look at the history of the luxury brand he founded in 1946 and which remains the epitome of haute couture.

In all more than 500 items, the legacy of the late couturier and his six successors are on display at the Victoria & Albert Museum from Feb. 2.

“Not only did (Dior) …revolutionize fashion design… but he was also important in how he did business,” Oriole Cullen, Fashion and Textiles curator at the V&A, told Reuters.

“His business model was very much something which is still in use today. He wanted to look globally and at different markets.”

One of the earliest outfits on show is Dior’s signature Bar suit: a sculpted off-white jacket synched at the waist and black pleated skirt. The 1947 design revolutionized womenswear and was dubbed Dior’s “New Look”.

Another highlight is the gold straw embroidered silk bodice and full-skirted gown Dior designed for Britain’s Princess Margaret’s in 1951. She wore the gown for her official 21st birthday portrait.

Dior’s love of Britain – where he staged several fashion shows – is also explored in the exhibition, which is based on a previous Paris House of Dior display.

“He was a self-confessed anglophile,” Cullen said. “For him it was an important market.”

Their designs, worn by royals and celebrities, are mixed alongside the founder’s, each loyal to his legacy and fascinations. Dior was superstitious – his lucky star is on display – and Chiuri has paid homage to that in her creations.

“The lovely thing is to see how different these designers are but how they always reference back to the heart of Dior, different themes such as the garden, travels and historicism,” Cullen said.