With the holidays just around the corner, we’re looking at a lot of cozy family days at home in the next few months. So, instead of tearing your hair out trying to figure out what’s age-appropriate — or giving up and putting on Frozen for the millionth time — why not take a look at some new Disney+ titles everyone would enjoy?

To help you out this holiday season, we picked out all the Disney+ original movies and TV shows you’ll want to watch with your kids. When the streaming service launches on November 12, all you’ll have to do is line up your queue — it’s that simple!

On the fence about signing up for Disney+? Beyond these kid-friendly picks from their original content, you should know that Disney+ will have a pretty incredible library of movies and TV shows you can access. Most of Marvel, Star Wars, Pixar, and Disney’s content will all be on the Disney+ platform (yes, every single Disney animated movie! Ever!)

Sure, the holidays can be stressful, but a family movie night shouldn’t be. Disney+ is your best bet for new picks the whole family will love, so read on for the original movies and TV shows you should look out for this winter.

‘Lady and the Tramp’ 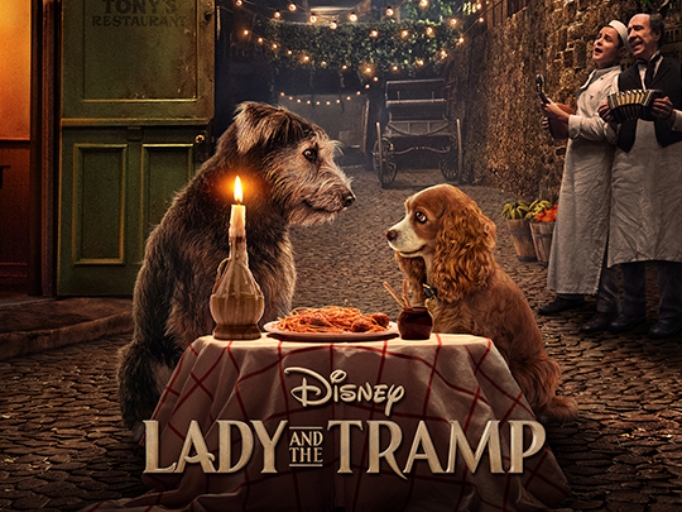 It’s another Disney live-action remake: this time, with a cast of adorable dogs acting out Lady and the Tramp. The canine stars aren’t the only attraction, with stars like Tessa Thompson, Justin Theroux, and Janelle Monáe voicing their characters.

If it’s anything like The Jungle Book, we’re seriously excited to see this version of Lady and the Tramp (and bet your kids will be too). The movie will be released exclusively on Disney+. 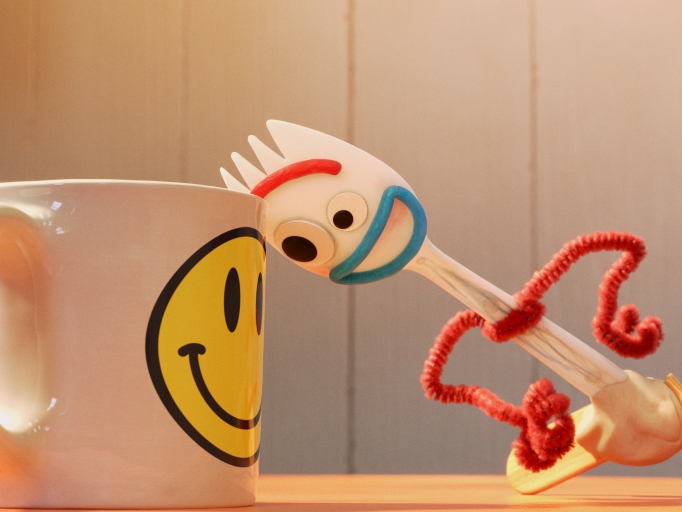 Forky, the beloved character from Toy Story 4, is getting his own short film series from Pixar, to be released exclusively on Disney+. Starring Tony Hale as the voice of Forky, Disney describes the show like this: “[Forky] has important questions about how the world works, such as: What is love? What is time? And of course, the deepest question of all, What is cheese? He explores all of these questions and more in a collection of 10 shorts.” 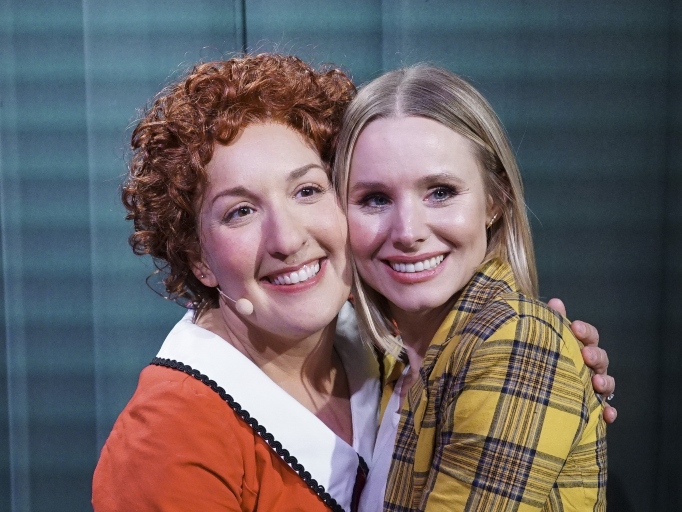 ABC series Encore! is a new reality series hosted by Kristen Bell, and slated for exclusive streaming on Disney+. Episodes will be released weekly after the streaming platform’s launch, and each episode will show Bell getting together the cast of a high school musical to recreate their performance.

The Disney description promises lots of drama as “former students face faded friendships, former flames, self-doubt, and killer choreography.” Musicals like The Sound of Music, Beauty and the Beast, Annie, and more will all be featured.

‘The World According to Jeff Goldblum’ 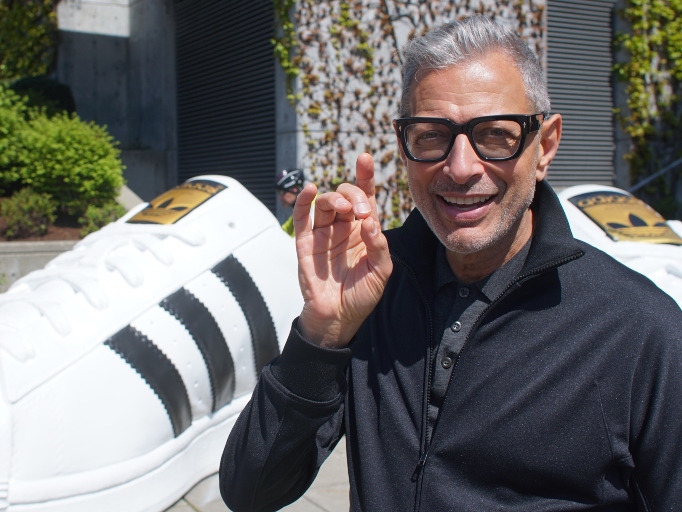 Seriously, does anyone not love Jeff Goldblum? This new docuseries by National Geographic shows Goldblum exploring everyday beloved objects and exploring their history.

Per Disney: “Each episode is centered around something we all love – like sneakers or ice cream – as Jeff pulls the thread on these deceptively familiar objects and unravels a wonderful world of astonishing connections, fascinating science and history, amazing people, and a whole lot of surprising big ideas and insights.” 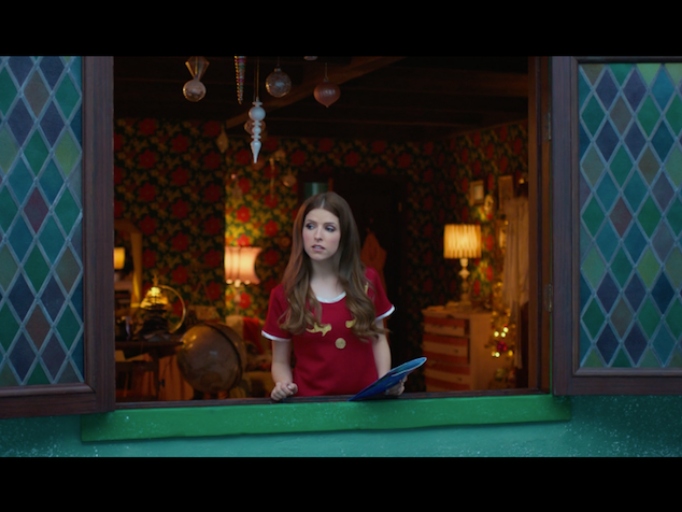 This Christmas comedy starring Anna Kendrick and Bill Hader follows Kris Kringle’s two kids — one of whom (Hader) is tasked with taking over as Santa. But when Hader spooks and runs for the hills, Kendrick has to step in, venturing outside the North Pole for the first time in her life.

Also joining this incredible cast: Shirley MacLaine, Billy Eichner, and Julie Hagerty. Noelle looks like a key addition to 2019’s slate of holiday movies — but of course, you’ll need Disney+ to see it.

‘Timmy Failure: Mistakes Were Made’ 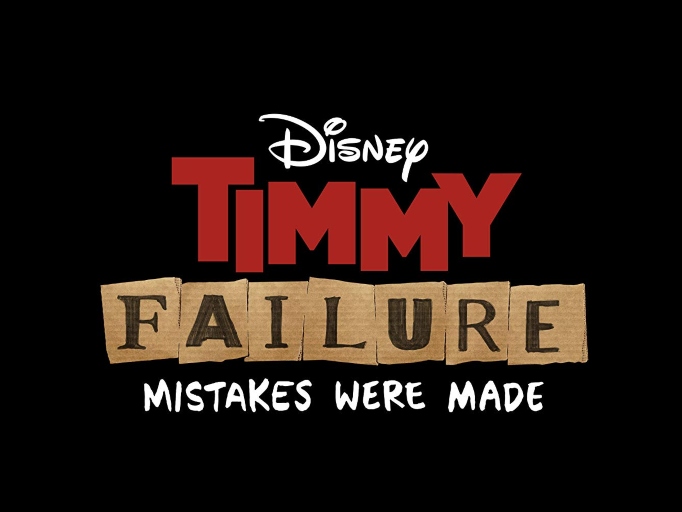 The movie will also feature his his imaginary 1200-pound polar bear and his sidekick: Rollo Tookus. 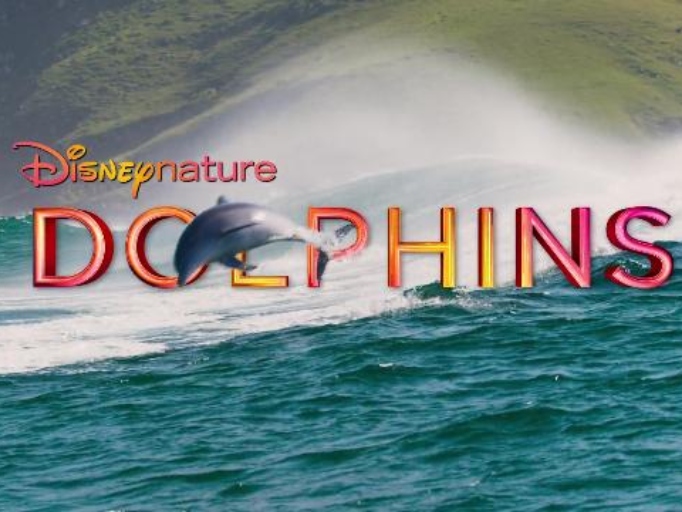 This nature documentary will stream exclusively on Disney+, and features narration by star Natalie Portman. Disney describes the doc like this: “Dolphin Reef will follow a young Pacific bottlenose dolphin named Echo who can’t decide if he’s quite ready to grow up and take on new responsibilities. (Same, Echo. Same.)”

The film will show the wonders of dolphins’ natural habitat, as well as how these majestic creatures live their lives. 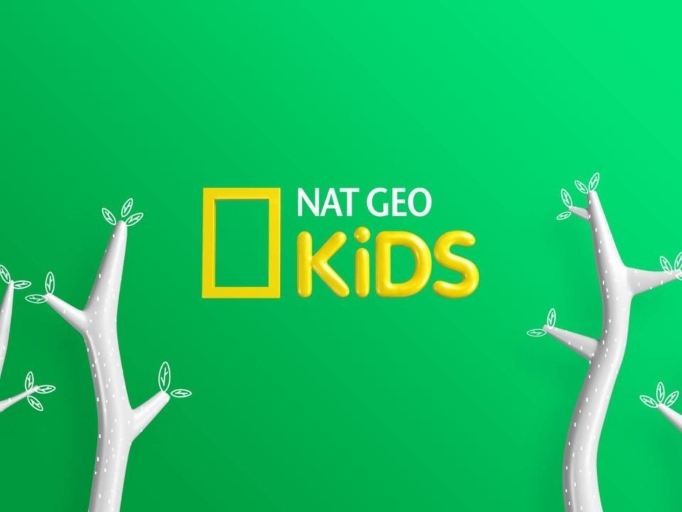 Produced by National Geographic Kids, the second season of Weird But True! will be available exclusively for streaming on Disney+. This kid-friendly show will explore the science behind everyday fascinations, traveling all over to get at the backstory of little mysteries.

Don’t lie — it’s not just your kids who could learn a little (and love a lot) from this show. 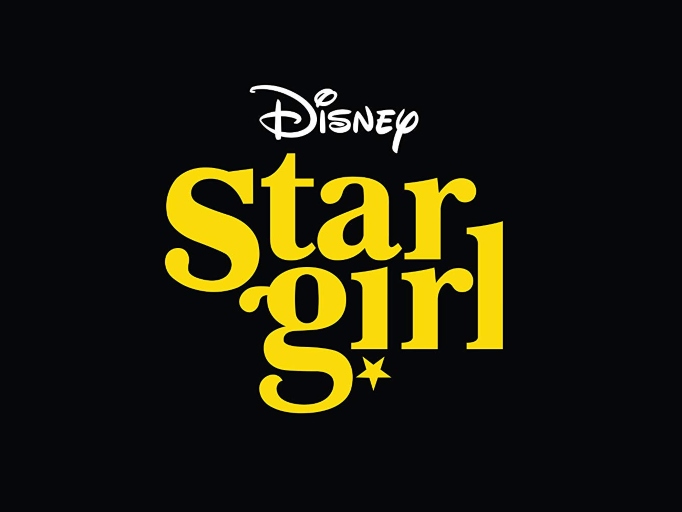 Based on Jerry Spinelli’s beloved novel Stargirl, this Disney movie will follow Leo Borlock, a student at Mica High School in Arizona, whose life changes forever when new girl Stargirl Caraway comes along. Shunned by the other students for her odd mannerisms, Stargirl captivates Leo from the start — and teaches him an important lesson about following your heart.

Directed by Catherine Hardwicke and starring Grace VanderWaal and Graham Verchere, the film will stream exlusively on Disney+.

‘Phineas and Ferb the Movie: Candace Against the Universe’ 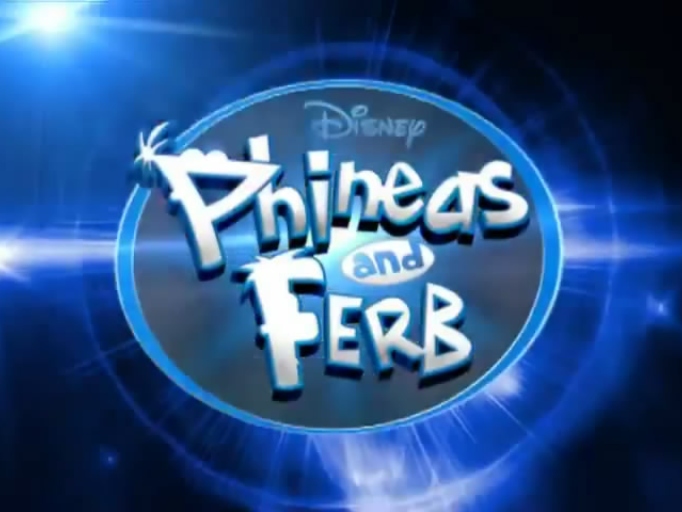 In addition to all 127 episodes of Phineas and Ferb, Disney+ will offer exclusive access to a new Phineas and Ferb movie. Phineas and Ferb must travel across the galaxy to rescue sister Candace (voiced by Ashley Tisdale), who has been abducted by aliens — but is rather enjoying her time without her brothers.

The animated feature will come out in early 2020 under the Disney Television Animation studio. 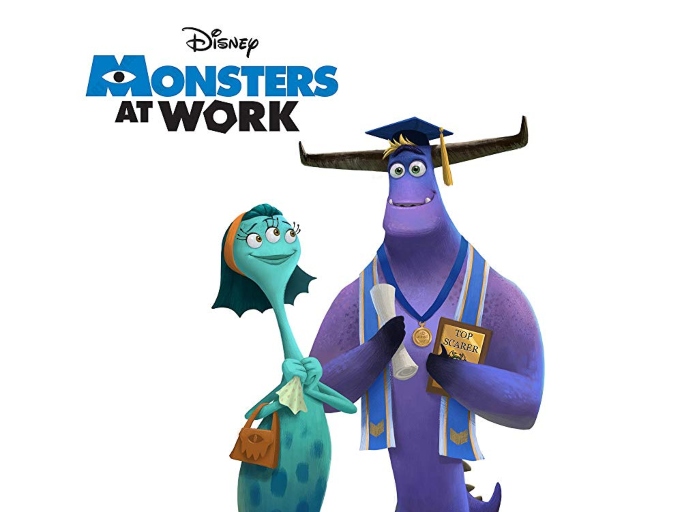 Monsters, Inc. fans, rejoice! This animated TV series will pick up six months after the 2001 Pixar movie left off, when the city of Monstropolis has switched over to using laughter as fuel instead of screams. Mike Wazowski and James P. Sullivan (voiced by John Goodman and Billy Crystal) have a huge fan in Tylor Tuskmon (Ben Feldman), a mechanic who dreams of working with his heroes. 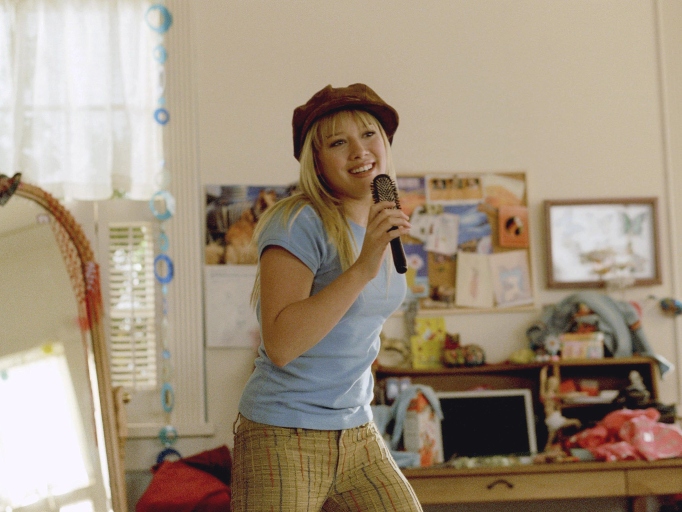 Need to catch up before this reboot series makes it to streaming? No problem — every existing episode will be available on Disney+ starting November 12. Unfortunately, you’ll have to wait a bit longer for new episodes, though we have a feeling the wait will be worth it.

The Lizzie McGuire reboot will pick up with a 29-year-old Lizzie (played once again by the iconic Hilary Duff). Living in New York City with her SoHo restaurateur fiancé and fancy apprenticeship with a designer, Lizzie finds herself a bit lost — and may be considering a move back home. And yes, before you ask: animated Lizzie will be returning as well. 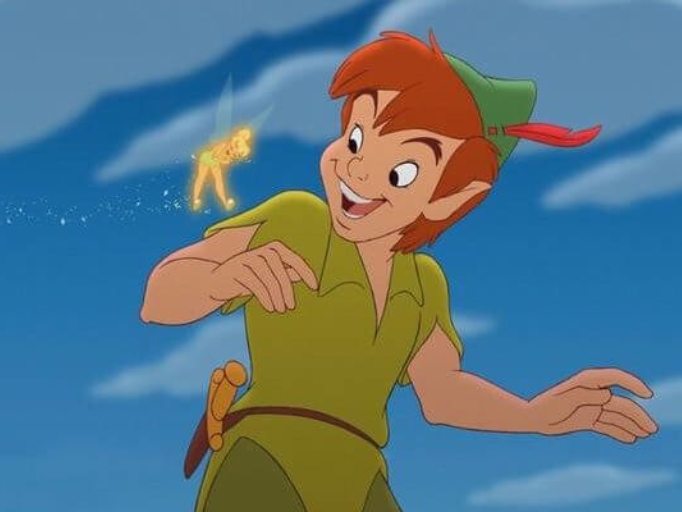 David Lowry will be taking on a live-action Peter Pan for Disney+, where it will stream exclusively. Disney+ has many live-action remakes of its classic animated films planned, after the massive success of movies like Maleficent and Alice in Wonderland. There are limited details available about this remake, but this timeless story has lots of potential for live-action fun, from Nana the dog to Tinkerbell. Now, if only we could get someone to confirm those years-old rumors that Reese Witherspoon would be taking on the fairy role… 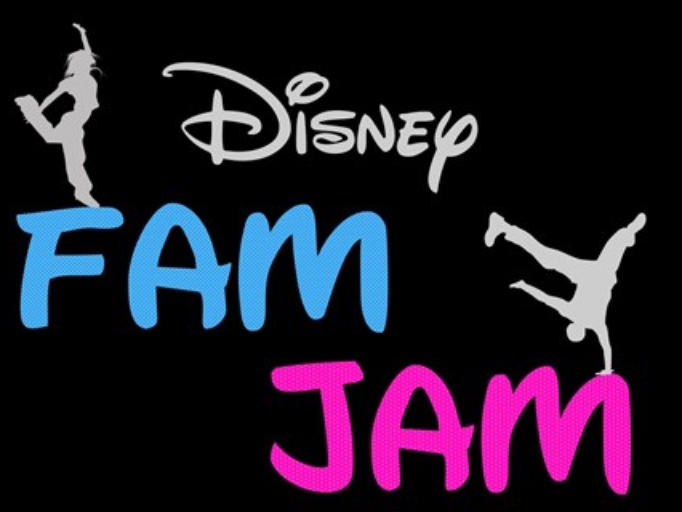 This Disney Channel reality series will feature two families competing in three rounds of dance battles in each episode. The winner will get the “Disney Fam Jam” Champs crown. Mentors will be assigned to each round, and the show will play out in front of a live studio audience.

Per Nancy Kanter, EVP of Disney Channels Worldwide Original Programming: “Disney Fam Jam will take diverse, awe-inspiring families out of their living rooms and into the spotlight for a celebration of dance, family and fun.” 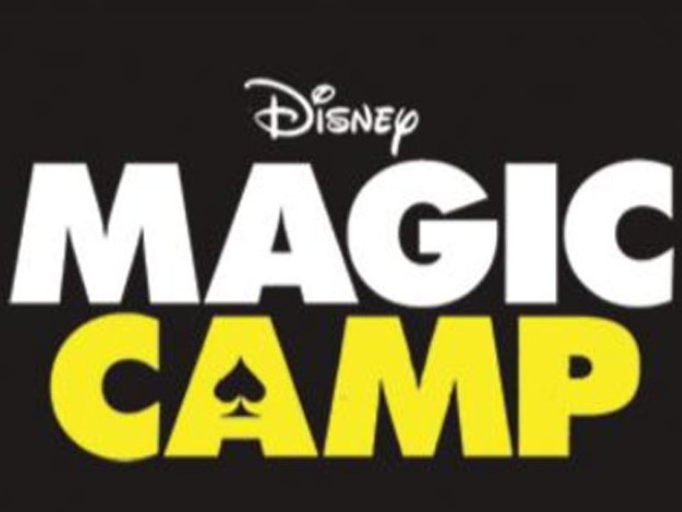 When magician Andy (Adam Devine) doesn’t know where to turn, former mentor and Magic Camp owner Roy (Jeffrey Tambor) convinces him to come serve as a counselor at the magic camp he attended when he was young. Andy finds new inspiration in teaching magic to aspiring young magicians. 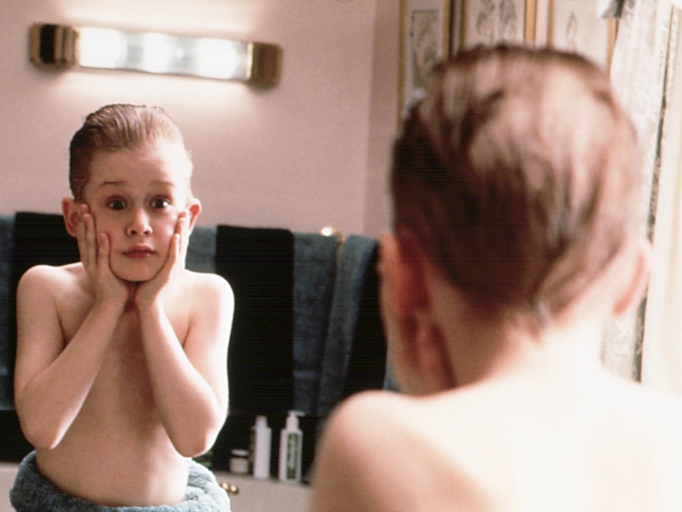 Can anyone really top the Home Alone original? Luckily, that doesn’t seem to be Disney’s goal, as they’re changing things around quite a bit for the reboot. This new film will feature a husband and wife who “go to war” with a young boy named Max — who kicks off the movie by stealing something from the couple.

There are no casting announcements yet, but a casting call for Max describes the character as “wise beyond his years” with “the personality to easily converse with adults” — and “uncanny ability to relentlessly push their buttons.”

‘Diary of a Wimpy Kid’ (reboot) 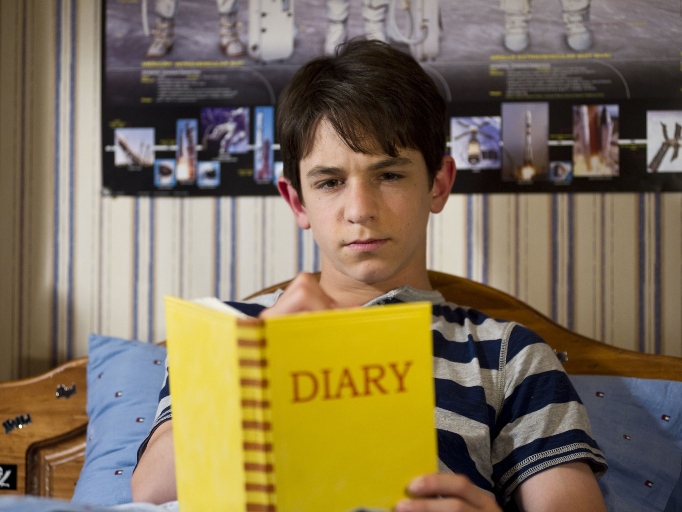 Not much is known about this Diary of a Wimpy Kid reboot — it could be a TV series or a movie, and could carry on the story of the first four Diary of a Wimpy Kid movies or take a new approach. What we do know is that it will be exclusively available on Disney+, and that we’re going to love pretty much any new installment of this series.

‘The Sword in the Stone’ (reboot) 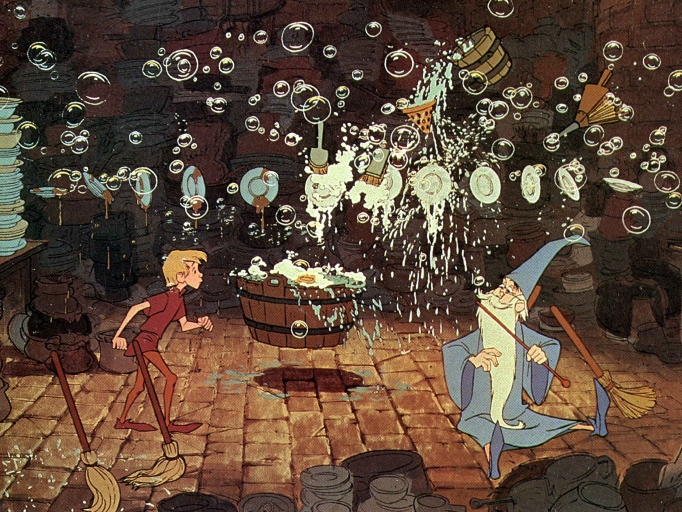 Live-action #3! Disney is reprising its 1963 classic with a live-action remake, written by Bryan Cogman and produced by Brigham Taylor. The project is said to be filming in Northern Ireland, and is the second Arthurian project Disney is taking on, alongside Ridley Scott-directed Merlin Saga.

Say what you will about reboots, but Sword in the Stone seems like it would be particularly exciting with a non-animated cast, and we’re excited to see what they do with it. 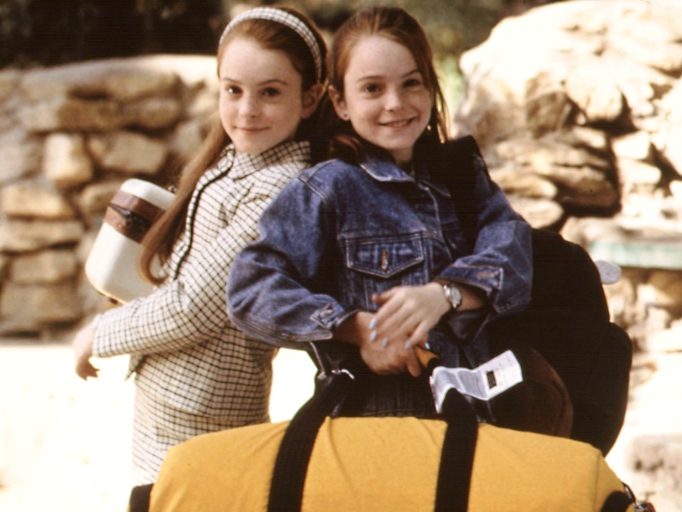 Okay, so this one’s rumored at best. But we’re SO EXCITED at the idea that we had to include it. Disney is apparently eyeing The Parent Trap for a potential reboot, and while it may never exceed our beloved Lindsay Lohan version, we firmly believe that this twin-swap story is one for the ages. 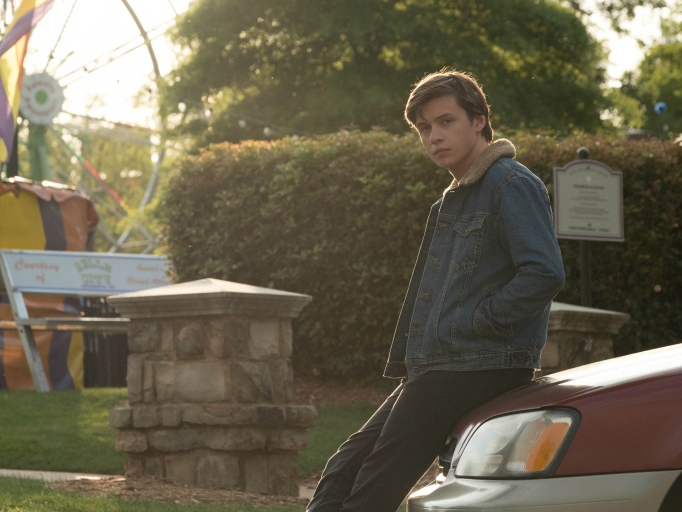 With the smash hit of 2018’s Love, Simon feature film, Disney is now pursuing a TV series reboot. They’re hoping to attach This Is Us showrunners (and Love, Simon screenwriters) Isaac Aptaker and Elizabeth Berger, and are setting the series in the same world as source text Simon vs. the Homo Sapien’s Agenda.

The plot will act as more of a spinoff, featuring actor Michael Cimino as lead character Victor: “a new student at Creekwood High School,” who’s “on his own journey of self-discovery, facing challenges at home, adjusting to a new city, and struggling with his sexual orientation.”