Ditch the Tropes: These Holiday Movies Won’t Make You Roll Your Eyes 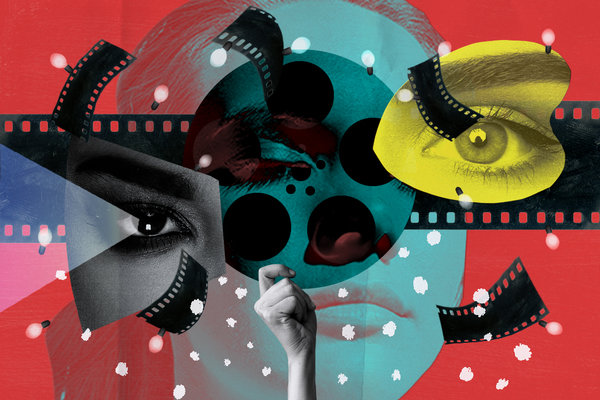 If you’re looking for me this month, chances are I’m parked under a cable-knit blanket happily consuming holiday movies at the same rate as gingerbread cookies and spiked punch from Trader Joe’s.

I relish eye-rolling my way through saccharine plotlines that so often hinge on women who don’t even know what they’re missing: that is, a man (who’s also often, gasp, a prince).

Even beyond Lifetime and Hallmark, the “good” Christmas movies — I’m looking at you, “Love Actually” — are often just as bad at representing self-reliant female characters with some semblance of agency. And in times like these, when pop culture and #MeToo are inextricable, holiday fare is also not free of scrutiny. (“Baby, It’s Cold Outside” was yanked from some radio stations this year for lyrics that to some “sound like a prelude to date rape,” my colleague recently wrote.)

[Sign up here to get future installments of the Gender Letter delivered to your inbox!]

So I dared myself to find quality holiday movies that focus on fully realized women who serve a purpose beyond looking for love or being humble wives to eccentric husbands. Here are four. (Warning: spoilers ahead!)

“I think we should be truthful and realistic with our children.”

I didn’t grow up watching this movie, but I wish I had. (Like the girl in it, I also didn’t believe in Santa Claus as a child.) Watching as an adult, I was astonished to learn that the main character in this 70-year-old film was a young divorced single mother who had her life together.

Doris (Maureen O’Hara) works in a high-profile position at Macy’s in New York and is raising a sharp and sensible daughter, Susan (Natalie Wood). “She’s my responsibility and I must bring her up as I see fit,” Doris tells Fred Gailey (John Payne), when prodded as to why Susan doesn’t believe in Santa Claus or fairy tales.

While the movie — which won three Academy Awards — does fold in a romantic plotline, it is secondary to the story of a woman and her daughter opening themselves up to the power of imagination.

Diane Keaton in power suits? Where do I sign up? This has long been one of my favorite 1980s movies, and while it’s not explicitly Christmas-y, it has enough snowy Vermont scenes to qualify.

Ms. Keaton plays J.C. Wiatt, a high-powered businesswoman nicknamed “the tiger lady” whose life is completely upended when she inherits a toddler from a deceased cousin. In classic ’80s form, high jinks ensue, but it’s so much more than that.

Her colleagues, who are all men, expect her to maintain her frenetic pace without a stumble. They snicker and scoff when she has the baby in the office. When she struggles to keep up, she is undermined by her boss and a subordinate, and she leaves her job completely. But don’t worry: She gets the last laugh.

“I am Catwoman, hear me roar.”

Who among us hasn’t been a Selina Kyle in some area of our life? Self-berating; insulted and underestimated at work; belittled by a judgmental parent. And who hasn’t daydreamed about proving everyone wrong?

When Selina (Michelle Pfeiffer), a secretary to the evil Max Schreck (Christopher Walken), tries to offer an idea during a business meeting, he tells the other men in the room, “I’m afraid we haven’t properly housebroken Ms. Kyle.”

An earlier version of the script had him saying, “Do not fret, gentlemen, if our meeting goes well, I’ll let you watch me spank her.”

Schreck later pushes her out a window, but she doesn’t die. Instead she becomes the black-rubber-clad, whip-wielding Catwoman. “Life’s a bitch, now so am I,” she says.

The final line of the film, spoken by Bruce Wayne (Michael Keaton): “Merry Christmas. Good will toward men … and women.”

“What happened with Therese — I wanted. And I will not deny it, or say that I do.”

A cerebral story about two women falling in love at Christmastime in 1950s Manhattan is about as on brand for me as a movie gets.

The fact that “Carol” — which is beautifully shot and acted — earned six Oscar nominations is proof that stories of complicated lesbian love are worthy of attention outside the indie film circuit. That it is based on a 1952 novel lends a special authenticity.

Did I miss a film that should have made this list? Let me know at [email protected].

The number of times the woman in “Baby, It’s Cold Outside” says that she needs to leave.

What else is happening

“I have both power and voice, and I am only beginning to just use them.” It was a year of undeniable progress for women in sports, despite the revelations at the Larry Nassar trial. [The New York Times]

“I had to hold back tears.” Workplace pregnancy discrimination is so prevalent that even employers like Planned Parenthood are being accused. [The New York Times]

“Children absorb stereotypes, including about gender roles, by age 3.” Here are 12 children’s books to help combat them. [The New York Times]

“Take me back Cardi.” In the post-#MeToo era, tropes we found romantic before are starting to look icky. [The New York Times]

“I have my own way of functioning.” Remembering Penny Marshall, the first woman to direct a feature film that grossed more than $100 million. [The New York Times]

From the archives: The Post Office ‘does not believe in Santa Claus’

At the end of “Miracle on 34th Street,” Kris Kringle is proved to be the real deal after a Post Office employee brings him all the mail addressed to Santa Claus. If you’re Santa to the U.S.P.S., you’re Santa, it seems.

Unfortunately for kids around the world, the real Post Office was not in the mood for any of it, The New York Times pointed out in this 1906 article.

“The Christmas season has no charm for the prosaic employees of the Dead Letter Office,” the article said. “It means only a lot of extra work and bother for them.”

They did comb the letters for cash though. Those with money were returned to sender, and those without were “all destroyed.” Watch out, Grinch. They’re coming for you.

Gender Letter helps you keep up with the world, and the women shaping it. Tell me what you think at [email protected].

Sign up here to get future installments delivered to your inbox.