Home » Do Trisha Yearwood & Garth Brooks Really Listen to Their Own Music During Sexy Time?

Do Trisha Yearwood & Garth Brooks Really Listen to Their Own Music During Sexy Time? 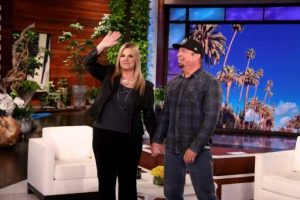 On today’s episode of The Ellen DeGeneres Show, one of country music’s favorite couples, Garth Brooks and Trisha Yearwood, were the guest hosts. Married for 15 years and generally adorable together, the celebrity couple started off the show by giving several virtual audience members advice about love and marriage — and they caught our attention right away with their answers to a rather intimate question. 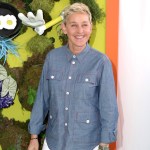 Audience member Jenna got right to business with the first question, asking, “What’s your advice for setting the mood in the bedroom?”

At first, Brooks looked a little embarrassed by the query, but then Yearwood asked her hubby if he wanted to jump in and give his response.

“We hardly know each other, but okay,” quipped Brooks, stepping forward to respond.

“I think, for me, music is the big thing for me to set the mood,” said Brooks, perhaps unsurprisingly for a musician of his caliber. “And I don’t know if you listen to country music, but one of the greatest female voices ever on the planet is this gorgeous blonde named Trisha Yearwood. That would get you in the mood right there.”

Hubba, hubba! That was a very interesting answer, right? Not being superstar singers ourselves, we’re not sure what it would be like to listen to our partner’s albums during sexy time. Or maybe Brooks was just suggesting his wife’s sultry voice for other people to get busy to. Which was also kind of … awkward.

Yearwood then chimed in with her own advice: “You do need the right music, and there is this very sexy singer-songwriter guy who always gets me in the mood,” she said, as Brooks looks on sheepishly in expectation of being named. “Maybe you’ve heard of him? His name is John Legend.”

Of course, the audience then broke into laughter as Brooks looked up at his wife with a fake look of disappointment on his face.

“I’m just kidding,” Yearwood consoled him, “I mean, I do love John Legend, but I love listening to you, too. I do.”

Ha! These two crazy kids, joking around together. In all seriousness, it does seem like Brooks and Yearwood used this time together during the pandemic to strengthen their relationship. And now we’re wondering how many babies have been made while listening to “The Dance” or “A Perfect Love.”

In the Ellen episode, Brooks and Yearwood answered a couple more audience questions and then shared their secret to marriage with a funny duet — the hook being “Your wife is always right” — before they chatted with Academy Award-winning actor Matthew McConaughey via Zoom. Funny enough, it turns out he got his first big break starring in Yearwood’s music video for “Walkaway Joe” more than 30 years ago!

The country couple also whipped up a couple of family favorites from Yearwood’s forthcoming cookbook. Called Trisha’s Kitchen: Easy Comfort Food for Friends and Family, it’s due out in September, but you can pre-order it now. Both the Blueberry Pancake Cake and veggie-and-cheese Tartlets looked delicious!