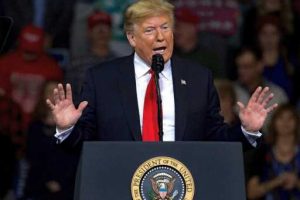 Who’s going to tell him? That’s the question the Republican Party is asking themselves right now after Donald Trump inserted himself into the 2024 presidential conversation. He’s running, but the GOP is lining up behind other candidates to support besides the former president.

Republican Party leaders are noting that it’s like Donald Trump’s campaign announcement “didn’t happen” — that’s how little fanfare the former president is getting from his colleagues, according to Bob Vander Plaats, national co-chair of Sen. Ted Cruz’s 2016 campaign, via Politico. Others, like former Colorado congressman Tom Tancredo are “worried about his electability” because so many now oppose his brash (and bullying) style of leadership.

Saul Anuzis, a former chair of the Michigan Republican Party remarked how little support he seems to be getting from Capitol Hill congressmen, even though they backed him wholeheartedly just two years ago. His candidacy landed like “a thud,” he revealed, “The excitement’s just not there.” While Florida Gov. Ron DeSantis right now seems like the heir apparent for the GOP, they may not have a choice in nominating Donald Trump again.

The former president maintains a strong lead of 15 percentage points ahead of DeSantis, according to a recent Politico/Morning Consult poll. While things could easily change between now and the primaries (we are side-eyeing those legal issues Donald Trump faces), it wouldn’t be great news for Vander Plaats and other GOP leaders who want to “move forward” and “not look in the rearview mirror” of the Donald Trump years. However, they might not have a choice. 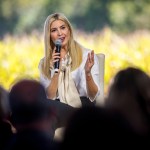