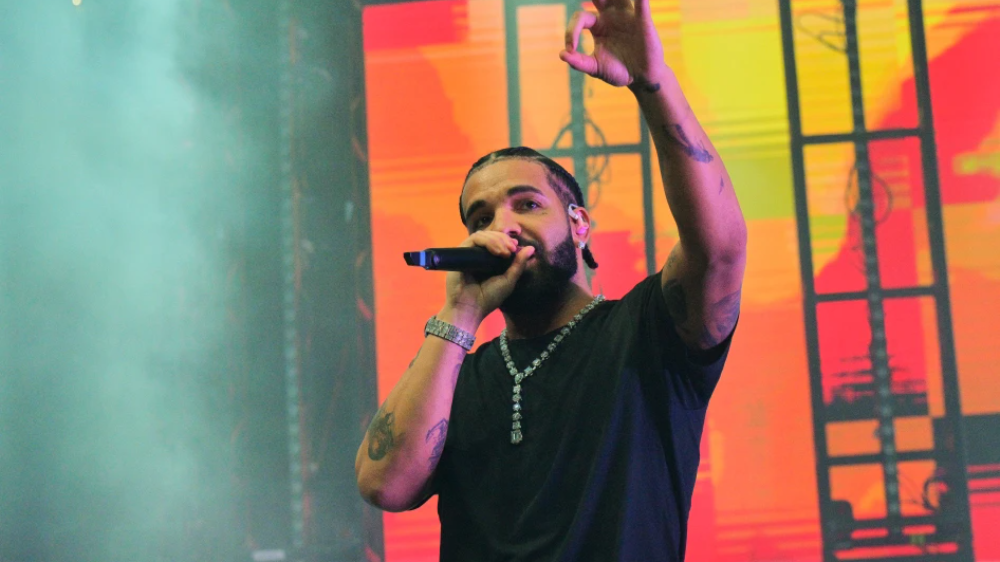 Drake was forced to stop his gig New York’s iconic Apollo Theatre after a terrifying incident.

The Hotline Bling hitmaker had been on stage for around 90 minutes when a fan fell from the second-story balcony, down into the orchestra pit.

Footage captured by other fans showed the audience’s horrified reaction to the scary moment, as a video sees the man’s body come falling from the sky and land on top of fans.

Drake himself didn’t see the fall from the mezzanine, as his back was turned to the crowd when it happened.

But a few seconds later, a crew member ran on stage and told him to pause the show.

‘Just gotta make sure somebody’s ok,’ he told the crowd.

The gig was delayed for around 15 minutes, as the guy’s fall damaged a lighting fixture.

It’s not known how the fall ended up happening, but officials told TMZ that the man was leaning over the railing and he was thought to be intoxicated.

The individual was then taken to a Harlem hospital.

Addressing the matter in a statement, a representative for the venue assured that there were ‘no major injuries.’