Home » Entertainment » Driving Through Flames, Breathing Through Blankets: 9 Tales From Californians Who Fled the Wildfires

Driving Through Flames, Breathing Through Blankets: 9 Tales From Californians Who Fled the Wildfires

Thousands of Californians fled the three wildfires ravaging their state this week in the most harrowing of ways: driving through flames, breathing through blankets, watching as cars in front of them on clogged roads caught on fire.

Some lost their homes and are now cobbling together a new life with relatives, in Airbnbs or in recreational vehicles. Others don’t even know yet if their homes were damaged.

We reached out to our readers in California affected by the fires, asking how they escaped, what they took with them and what was left behind. We heard from dozens who fled, many with their families in tow; most said they did not have time to save more than pets, important documents and essential clothing — and sometimes, just the clothes on their backs. Their responses have been lightly edited and condensed for clarity. 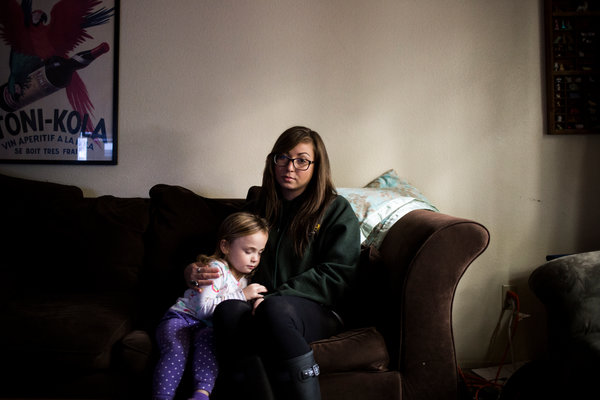 While we were stuck in traffic, and I was watching the flames come up behind my car, I started to panic. I told my daughter to cover her mouth with her blanket and started to cry. I was honest and told her I was scared.

It was chaos. The sky turned black. Ashes the size of my palm were falling on my car. I watched the power lines above me almost snap in the wind. People were running for their lives as propane tanks exploded all around my car. It sounded like bombs going off. I have never, NEVER, been so terrified in my life.

Because of my daughter, Mya Rose, I had to live. I had to do anything to get out of there for her.

I always thought that material items didn’t matter. Now I knew in my heart that they don’t. As long as my friends and family are O.K., as long as I have my daughter, my man and my dog in my arms, I am O.K.

What Ms. Howe brought with her: Her daughter, dog and a small bag of clothes for her daughter and boyfriend, Luke Putnam, who was working in Red Bluff.

‘It was such a beautiful place. Now it is gone.’

I run a farm in Malibu up on Mulholland Highway that is staffed by young adults with special needs. We also have a camp and retreat center which has been around for decades. We’ve learned that the farm, housing and most of our buildings have been destroyed.

It was such a beautiful place; the community worked so hard to raise it up, and we did incredibly meaningful work. Now it is gone.

We are trying to protect the staff with disabilities from the extent of the damage. They are very sensitive to disturbances of their routine and to safety. This was a safe haven and a special place where they got treated like any other adult would.

We began to evacuate early Friday morning, getting all the animals loaded up and headed down to the Ventura Fairgrounds. We have horses, alpacas, goats, sheep and tortoises, two donkeys and a cow, and got everyone out.

What Mr. Watson brought with him: Three tortoises, a water jug, camera gear, a laptop, passport, cash and a change of clothes.

‘Now there is no home to go to, and no community to return to’

Julianna Wiggins, 23, wrote to The Times on behalf of her parents, John, 61, and Carolina, 57, and her brother, Dominic, 17, who fled the Camp Fire on Thursday, Nov. 8. Julianna Wiggins lives and attends school in Albuquerque, N.M.

This is the second time my family has lost their home to a fire in Paradise, Calif.

The first time, we were one of a few families affected, and the entire community came together to make us feel like we didn’t really lose anything. Now is different. Now there is no home to go to, and no community to return to. It is all gone.

What the Wiggins family brought with them: Important papers like Social Security cards, graduation photos and whatever was hanging on the wall.

‘We are so grateful that we left when we did'

Our community was the first hit by the Woolsey Fire. On Thursday evening, we knew there was a fire but didn’t know how close it was.

Through a local Twitter account, @vcscanner, we realized the extent of the danger and decided to evacuate. We thought we would be gone for one night and that we were being dramatic by leaving; instead we are so grateful that we left when we did.

We came back [Monday] to a still-standing home, but our community, which should have been mourning the tragic loss of life in the [Thousand Oaks mass] shooting, is trying to catch its breath.

What Ms. Noblitt carried: Her English bulldog, Winston, 5, and favorite items like sports jerseys, family heirlooms and mementos from her courtship with her husband.

'The second we passed the hospital, it was a free-for-all’

As we were evacuating from the Paradise fire in bottleneck traffic at around 10:30 a.m., it looked like it was nighttime. With headlights on, we could see the orange and black clouds all around.

As we reached the first hospital that you see when entering Paradise, part of it was on fire. The second we passed the hospital, it was a free-for-all. No firefighters, police; just families escaping the fire and a will to live.

As we sped through Skyway, the blazing inferno licked the sides of cars.

What Mr. Portillo and Ms. Rosales brought with them: Ms. Rosales bagged some pictures for memories, along with important paperwork. Mr. Portillo packed his laptop, clothes, hygiene items and his dog, Roofus, with Roofus’ beloved baseball and dog food.

‘I have to tell myself it’s just stuff'

I woke up at about 7 a.m. It was dark. I looked outside wondering why it looked foggy, and I noticed that the trees were covered with white. I thought, is it snowing? Then I looked out the back window to see the red glow of the fire.

I threw a few things into the car, put the cat in the cat carrier and fled.

My house is gone. I have to tell myself it’s just stuff

What Ms. Lewis brought with her: The cat, the car and the clothes on her back, along with a camera, iPad, phone and a new yogurt maker that was left over from a garage sale.

‘It was morning and pitch black’

My neighbor, a retired police sergeant, pounded on my door Thursday morning and pointed at the sky. There was an orange-gray swirling mass boiling over the pines on the skyline and an ominous hissing of ash falling around us. I crated two of my three cats, found my passport and joined the inching line of cars emptying out from the side lanes onto the main streets. It was morning and pitch black.

It’s normally a 20-minute ride down the hill to Chico, but it took me four hours. I’ve talked to others who spent nine hours getting out.

And now? I’m staying with a friend, along with three other evacuees. It’s very one-day-at-a time, lots of phone calls and texts, little appetite and poor sleep.

What Ms. March brought with her: Two cats (the third one had disappeared), some of their cat food, passport, computer, pills, jacket and a water bottle. What she says she will miss: her piano, her mom’s engagement ring, her bedroom slippers (since replaced by a friend).

We live in a small town right across from the Camp Fire.

At about 5:30 p.m. Thursday, the area from Nopel Avenue down to Bruce Road in Chico along Highway 32 had an evacuation warning. It was not us, but it was close. We got the notice to evacuate at 7 p.m.

We could see 200-foot flames on our left as we drove out.

After a little discussion, we decided to stay overnight in the Lowe’s parking lot. It was not nearly as crowded as Walmart and was relatively flat.

Each day we look at the news, scan social media and check the satellite to see if we still have a home. So far, I think we still do.

‘We tried not to think about what we might lose’

Meha Chiraya, 30, fled the Hill Fire on Thursday, Nov. 8, with her husband and their 10-month-old daughter.

We got the text for the mandatory evacuation of Newbury Park, near the Hill Fire, when we were still at work. We were able to pick up our baby from on-site day care, and fled east. We had nothing except for our work laptops and the milk she didn't drink that day.

The Hill Fire had reached Peppertree Park, right near our neighborhood. We tried not to think about what we might lose, and felt grateful for what we have — each other.

What Ms. Chiraya brought with her: Nothing — she could not make it back home from work in time.