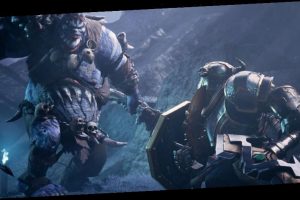 Scheduled to drop in June, the upcoming game was developed by Tuque Games, and will be the first of such titles released by Wizards of the Coast since its acquisition of D&D back in 1997. The game offers four different hero classes to choose from — fighter, ranger, barbarian, and rogue — each of them carrying their own unique and custom abilities and style of gameplay. Like standard RPGs, you’ll level up as you progress through the game, giving you access to stronger skills and better gear and equipment. Of course, in true Dungeons & Dragons fashion, you’ll also be able to team up with up to three of your friends as you journey through the fantastical yet grim world.

For the Dungeons & Dragons fans out there, Dark Alliance will arrive on June 22 for the PlayStation 4, PlayStation 5, Xbox One, Xbox Series X/S, and PC via Steam. The standard edition will retail at $40 USD, while a digital deluxe version and a physical SteelBook variant will go for $60 USD, both of them also coming with a Lich weapon set as well as the Echoes of the Blood War expansion. Learn more over on the game’s website.