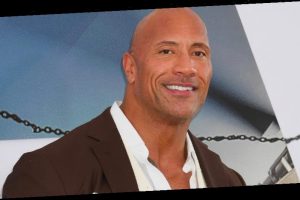 Dwayne Johnson has been named as Forbes‘ highest-paid actor for the second year in a row, earning a total of $87.5 million USD — $2.6 million USD more than his 2019 earnings. The former professional wrestler kept his position by collecting $23.5 million USD from Netflix for his upcoming film Red Notice, along with the success of his Under Armour line, Project Rock.

Following The Rock is Ryan Reynolds at No. 2, who earned a total of $71.5 million USD this 2020. Reynolds is the current face of Netflix and gathered more than $20 million USD each for Six Underground and Red Notice, and his upcoming Netflix title will surely offer another eight figures.

Mark Wahlberg, Ben Affleck and Vin Diesel take up Nos. 3, 4 and 5 with $58 million USD, $55 million USD and $54 million USD respectively. Wahlberg’s gained his total through his Netflix action comedy Spenser Confidential and his production work for McMillions and Wahl Street; Affleck returned to theaters with The Way Back and his Netflix title The Last Thing He Wanted; Diesel helped produce the animated Netflix series Fast & Furious Spy Races after F9‘s release date was pushed back to April 2021.

At the bottom half of the top 10, Bollywood star Akshay Kumar made $48.5 million USD from a variety of endorsement deals, however he is currently working on his first TV series with Amazon Prime. Lin-Manuel Miranda enters at No. 7 with $45.5 million USD after Disney acquired the rights to Hamilton for $75 million USD, followed by Will Smith‘s $44.5 million USD earned from his upcoming role in King Richard and social media projects.

Finally, Adam Sandler and Jackie Chan occupy Nos. 9 and 10. Sandler’s $41 million USD mostly came from Netflix (and not Uncut Gems as many would expect), while Chan made his $40 million USD from five theatrical releases in the past year on top of endorsements and licensing deals.

This year’s highest-paid actors earned a combined $545.5 million USD, and $1405. million USD of that total came from Netflix. Streaming platforms are starting to pay bigger amounts for their leading men, starting with Apple TV+‘s reported $30 million USD payday for Reynolds in A Christmas Carol and Kumar’s $10 million USD check from Amazon.

END_OF_DOCUMENT_TOKEN_TO_BE_REPLACED

END_OF_DOCUMENT_TOKEN_TO_BE_REPLACED
We and our partners use cookies on this site to improve our service, perform analytics, personalize advertising, measure advertising performance, and remember website preferences.Ok