Home » Entertainment » Ego Nwodim Used to Be Obsessed With Jay-Z. Now She Is Again

Ego Nwodim Used to Be Obsessed With Jay-Z. Now She Is Again 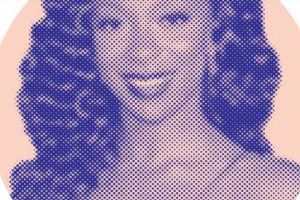 The new season of “Saturday Night Live” was less than a month away. But Ego Nwodim’s brain was telling her she had plenty of time do more.

An avowed workaholic, Nwodim intended to pack her schedule to overflowing before returning to 30 Rock with her Dionne Warwick impression. Earlier this summer, she had traveled to Italy for a single day of shooting on the comedy “Spin Me Round,” opposite Alison Brie, and then flitted from Venice to Milan to Positano to Florence, with stops in between, “in that sort of nonsensical way,” she said.

More recently she’d wrapped “Players,” a Netflix rom-com with Gina Rodriguez and Damon Wayans Jr. And just the day before she’d done a little audio tweaking for the second season of “Love Life” with Anna Kendrick, which begins Oct. 28 on HBO Max.

“Today I counted how many jobs I did on my hiatus,” she said. “And I was like, ‘You actually did a lot.’ Because there was a point this summer where I go, ‘You haven’t done anything or enough.’ My brain told me that.”

Nwodim rather famously majored in biology at the University of Southern California, a deal she made with her family so that she could move from Maryland to Los Angeles, where she honed her comedy chops at the Upright Citizens Brigade Theater. “I didn’t enjoy the bio major — it’s not my passion clearly,” she said. “But I have an aversion to quitting.”

“I don’t encourage people to be like me,” she added with a laugh. “It’s sometimes good to quit.”

In a video call from her light-filled Brooklyn apartment, Nwodim elaborated on a few of her cultural essentials, including “The Four Agreements” guide to living, the gold jewelry that makes even sweats look intentional and the cool quotient of Jay-Z.

These are edited excerpts from the conversation.

1. “The Four Agreements” by Don Miguel Ruiz It is such a simple guide as far as how to approach so much of life and so many of the stressors that I encounter. I always start with, Don’t take anything personally. That’s not the No. 1 agreement, but that’s the one I find myself constantly going back to. Everything people do and say is a reflection of them and where they are in their life, even positive stuff. That is a fascinating one because it feels easy to apply to criticism. But I’m also not going to take praise personally? That’s tough.

2. Jay-Z In college, I was obsessed with him. I used to get in arguments with people about how cool he was. Then I took many years off, calmed down and I was like, “That’s not a way to live.” And now, I’m back. I’m such a huge fan of his journey as a person, from drug dealer to corporate businessman and father, husband, son to Gloria Carter. I really admire his work ethic and the way he moves about the world. Look at me [smiling and laughing]! But this isn’t a crush. I just have the utmost respect for this person. I think he’s so freaking cool. And every time I go, “OK, enough about how cool Jay-Z is,” he just gets cooler.

3. Ben Affleck’s “The Town” I know it’s not some art house film. But I like heist movies, and I saw that movie in theaters maybe six times. No joke. I still talk about this movie. I still quote this movie. Everyone sort of rolls their eyes at it. People have been like, “It’s just the white man version of ‘Set It Off,’” which probably sounds about right. Key moment: When Ben Affleck goes to Jeremy Renner, “We got to go do something. Can’t ask me what it is. Don’t ask me later.” And Jeremy goes, “Whose car are we driving?” That is best friendship.

4. Gold Jewelry Before I had “S.N.L.,” I had a lot of gold rings that were not real gold because I was broke. I’m still not rich, by the way. I ran into my friend Khoby [Rowe] at a Comedy Central Emmys party, and I go, “I think I’m going to treat myself to a real gold ring — one that I can wash my hands and put lotion on and not have it turn.” And she was like, “Hell yeah. This ring on my hand, I treated myself, too.” And when I got “S.N.L.,” her text to me was like, “I think you’re allowed to get yourself a ring.”

5. Yerba Mate I would watch friends develop coffee addictions. It became such a part of the routine, like, “I literally can’t get my day started without this.” And I basically want a life where I don’t need anything to function besides water and food — you know, Maslow’s hierarchy. So I don’t like to drink coffee, and if I do it’s because I’m really in a pinch. I prefer yerba mate. I feel like I get energized, and it’s natural, so they say. It could very well be a placebo effect, but I’m OK with that.

6. “Death, Sex & Money” Podcast It’s about the human experience. “Death, Sex and Money” does a great job of reminding us that we’re connected. And so much of our experiences are shared regardless of race, gender, religion. Think of all the ways we are divided as a people. So, I love that podcast. Big fan. The tagline is “things we think about a lot and need to talk about more.” And it’s true.

7. Prayer and Meditation I am a person of faith, is how I’d like to describe myself. And praying is just a conversation with God. I was listening to a podcast, and a guest, who I believe is sober, said that every thought, action and word is an offering to God. Kind of like everything’s a prayer. And if you can remember that in the moment, that’s really beautiful.

8. Offerings in Los Angeles I lived in L.A. for 12 years, and I get disappointed any time a friend is in a different city and I need to send them flowers. Can’t find them elsewhere. Just the most beautiful floral arrangements. I’m so excited to hear people’s reactions to receiving those flowers, because they always have something to say. I sent them to Melissa Villaseñor once, and she goes, “I feel like a queen.”

9. Solange’s “A Seat at the Table” What a beautiful body of work, top to bottom. I remember when I first heard it, I was sitting on the floor in my bedroom in Santa Monica, and I was thinking, “Great, this’ll be background noise while I get ready.” But I felt stopped in my own tracks. I was like, “Whoa, what am I listening to?” I got to see her on tour for that album at the Hollywood Bowl, and I wondered, “How is she going to be able to fill this space?” Because I think of neo-soul as such an intimate experience and the Hollywood Bowl is huge. And she did — someone’s essence and artistry can do that — and I was brought to tears.

10. My Niece Sophia was born on July 25, and a picture came to my phone, and I was instantly in love. Then I go home to Maryland, and I get to hold her, and my heart just grows a hundred sizes in a way I did not know it could until maybe I had my own children. I would sit there and just stare at her sleeping. It’s cool to find out where your heart can take you. I’ve never felt that kind of love, and I think that love opened me up to other love.