Home » Entertainment » Elia Suleiman Makes His Way Back to Cannes

Elia Suleiman Makes His Way Back to Cannes

For over two decades, the Nazareth-born filmmaker Elia Suleiman has made movies that reflect his experience of history. For a Palestinian like Mr. Suleiman, that often means addressing the long-running Arab-Israeli conflicts. Yet as a longtime nomad, he never intends for his films to stay in one place or to be about one thing.

“I never put a border on where the cinema is going to travel. I never made anything that has to do with just addressing one people,” he said in a phone interview from Berlin, where he was polishing his new film, “It Must Be Heaven,” which will have its premiere at the equally globe-trotting Cannes Film Festival.

Mr. Suleiman’s work is distinguished by its comedic outlook on fraught events. His last feature, “The Time That Remains,” traces the travails of a Nazareth family (based on the director’s own) in the second half of the tragically eventful 20th century.

“Imagine a heroic poem boiled down to a flurry of witty epigrams,” the critic A.O. Scott wrote in his New York Times review. Mr. Suleiman’s deadpan vignettes and self-casting have also earned him comparisons with Buster Keaton.

In “It Must Be Heaven,” the filmmaker plays a man who leaves Palestine and journeys to Paris and New York. But no matter where he goes, the hapless traveler (identified as “E.S.”) can’t leave behind his old home or settle fully into a new one. The character’s story of displacement resonates beyond Palestine and captures a despair felt across the globe, with a healthy dose of humor. 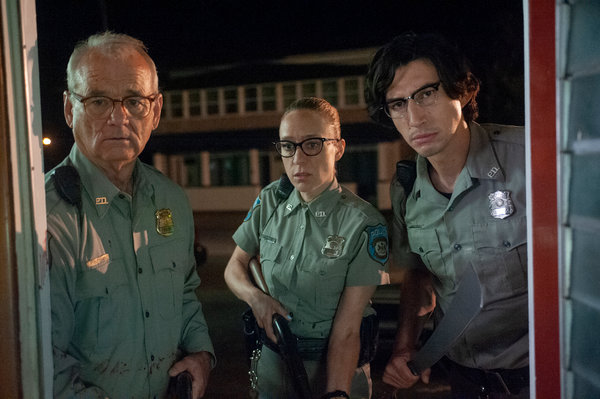 “This is my funniest film so far. So that tells you the world is really in a terrible state,” Mr. Suleiman said, only half-joking.

“It Must Be Heaven” is one of the many intriguing films in the 72nd edition of the Cannes Film Festival, which runs Tuesday through May 25. The official selection showcases 57 new feature films, as well as shorts and revived classics.

As Thierry Frémaux, the festival’s director, said of the Cannes slate at the opening news conference, the cast of thousands on screen includes singers, police, zombies, Americans, painters, parasites, judges, Mafiosi, the unemployed and migrants.

Those zombies stalk the festival’s opener, “The Dead Don’t Die,” directed by Jim Jarmusch and starring Bill Murray, Adam Driver, Chloë Sevigny and Tilda Swinton. Mr. Jarmusch’s film is one of the titles with the highest international profile, but the festival received its biggest boost with the late addition of Quentin Tarantino’s “Once Upon a Time in Hollywood,” starring Leonardo DiCaprio, Brad Pitt and Margot Robbie.

The two films, as well as Mr. Suleiman’s, testify to the continued pre-eminence of auteur-driven cinema at Cannes. Each edition tends to rise or fall with the works of directors known for uncompromising visions and stylistic verve.

In 2019, their ranks include “Pain and Glory,” Pedro Almodóvar’s personally resonant movie about a filmmaker; “Parasite,” from Bong Joon-ho, who appeared in competition just two years ago with “Okja,” a Netflix production; “Young Ahmed,” Jean-Pierre and Luc Dardenne’s look at a radicalized student; Ira Sachs’s “Frankie,” starring Isabelle Huppert in a family reunion story; “The Whistlers,” a curious crime tale from the Romanian trickster Corneliu Porumboiu; and Céline Sciamma’s period drama “Portrait of a Lady on Fire.”

Like “It Must Be Heaven,” Mr. Bong’s “Parasite” speaks to the tensions of our times through the intertwined fates of two families, one rich and one poor. Income polarization percolates as a universal theme within the film, but the Korean director leaves his own stamp.

“The film more focuses on psychology and the subtle and delicate ways in which these characters work internally,” Mr. Bong said in a phone interview. He recalled visiting a “very rich family” 30 years ago when he worked as a tutor in college. “I felt this very eerie feeling from their house, this austere atmosphere that surrounded me, and that appears in the film as well.”

Three elder statesmen of cinema are also part of the new edition. Ken Loach, one of a few past Palme d’Or prizewinners in the lineup (for 2016’s “I, Daniel Blake”), returns with “Sorry We Missed You,” about a couple struggling with debt. Marco Bellocchio’s “The Traitor” (much anticipated by Mr. Bong) remembers Tommaso Buscetta, the Italian gangster who turned informant in the 1980s.

And Terrence Malick, who still exerts a near-mystical hold on many cinephiles, tells the story of an Austrian conscientious objector in World War II in “A Hidden Life.”

Among the festival’s younger entrants are Mati Diop with “Atlantics,” Ladj Ly with “Les Misérables” and Ms. Sciamma, whose “Girlhood” opened the Directors’ Fortnight in 2014. In Ms. Sciamma’s “Portrait of a Lady on Fire,” an artist in the 1770s is commissioned to paint the portrait of a bride-to-be, whom she must observe at length.

The story shines a light on the neglected legacy of female painters but is especially invested in the intimate interaction between an artist and her subject.

“I really wanted to write a love story with equality. You’re watching characters thinking together, building up a language of their own,” Ms. Sciamma said in a phone interview.

The voracious international scope strikes anyone who attends Cannes, whether audiences or filmmakers.

One relative newcomer, Annie Silverstein, returns to the festival with her feature “Bull” and recalls the reaction when she showed a short in the Cinéfondation section a few years ago.

“People were really interested in seeing part of an America that they hadn’t seen before in cinema. I felt like the specificity to a place and a people was very important to them,” Ms. Silverstein, who is based in Austin, Tex., said in a phone interview. “And I think that’s true for the films from all over the world that play there.”

In an era overshadowed by avenging blockbusters and fatigued by the steady drumbeat of political upheaval worldwide, the international appeal of Cannes and its artistic brio seem unlikely to fade soon.