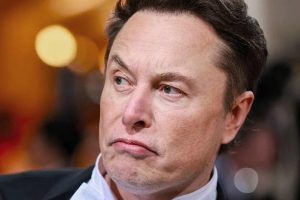 The Elon Musk and Twitter saga seems to be neverending a the tech billionaire has now taken to the social media platform to claim that Apple has “threatened to withhold” Twitter from its App store and “won’t tell us why.” This would not be the first time Twitter has had issues with Apple.

Following his claim, Musk continued to take to Twitter to berate Apple. He put out a “spoiler alert” notification when he made yet another claim that Apple places “a secret 30%tax on everything you buy through their App Store.” He also said that the App Store owner has “censored” other developers and made the connection that Apple has stopped advertising on Twitter. Musk declares that Apple must have done so because they “hate free speech.” Hypebeast Korea reported that Twitter has in fact lost half of its top advertisers since Elon Musk’s takeover. In a report by Media Matters for America, the advertisers driven away by Musk accounted for nearly $2 billion USD in spending on Twitter since 2020. Many brands have pulled ads from Twitter including Chevrolet, Chipotle, Ford and Jeep. General Motors was amongst one of the first companies that paused advertising on Twitter after Musk closed the $44 billion USD deal.

This led to another series of rants on the topic of free speech where he declares that his Twitter battle is bigger than himself. He calls it “a battle for the future of civilization” and adds, “If free speech is lost even in America, tyranny is all that lies ahead.” This is not the first time Apple has faced issues with Twitter. In a recently published op-ed in The New York Times, Twitter’s former head oftrust and safety Yoel Roth, revealed that Apple’s App Store reviewers often flagged Twitter content in the review process. Roth wrote, “In my time at Twitter, representatives of the app stores regularly raised concerns about content available on our platform.” He added, “Even as they appear to be driven largely by manual checks and anecdotes, these review procedures have the power to derail company plans and trigger all-hands-on-deck crises for weeks or months at a time.”

It comes as no surprise as Apple has a strict governing hand on the content that appears in the apps in its store.