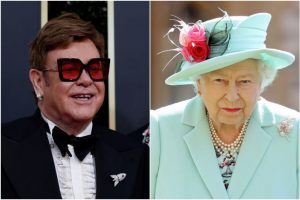 How much does it cost to power the home of a celebrity in Britain?

According to Uswitch, a Britain-based price comparison service and switching website, pop star Elton John spent a whopping £49,139 (S$88,300) a year on his energy bills.

The website said his bills are 43 times higher than those of an average household in Britain, but it noted that the Rocket Man singer’s 3,000-square-metre house in Windsor is 33 times bigger than many homes in the country.

John, 73, ranked fourth on this year’s The Sunday Times Rich List for British musicians, with an estimated fortune of £360 million.

However, his utility bills are topped by those of Queen Elizabeth II, estimated by Uswitch to be £1.1 million.

The website says it is not surprising as Buckingham Palace, the 94-year-old monarch’s official residence, has 240 bedrooms over an area of 77,000 square metres, with lighting alone contributing to £28,000 of the bills.

The former member of boy band Take That owns a 10-bedroom home in London which has a gym, 22 bathrooms and a cinema.

Then there is celebrity chef Jamie Oliver, 45, who spent an estimated £32,875 to power his home which has nine bedrooms, a swimming pool and an Aga cooker.

Uswitch reckons Shape Of You singer Ed Sheeran, 29, spends more than £21,000 a year on his 18-bedroom estate – dubbed “Sheeranville” – which comes with a swimming pool, a pub and a recording studio.