Home » Entertainment » Emily In Paris should not be anyone's guilty pleasure

Emily In Paris should not be anyone's guilty pleasure 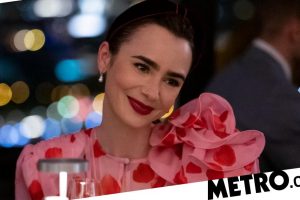 I love stories, I love movies and I love TV. I just don’t get the people who feel proud to say they don’t own a TV or watch Netflix. It’s like saying ‘I don’t read books or listen to other people’s opinions’ – it’s a bit ignorant, in my opinion.

I’m also not a snob. I love it all – from Jane Austen to Arnie (T2 anyone? Sarah Connor was a huge hero for me growing up, a woman who didn’t wait to be rescued but busted herself out of an asylum and handled her business, while being a fierce mama bear) to Die Hard and Film Noir – and to Emily In Paris season 3, which I binged in a couple of days.

In all these stories, I have found truth, courage, peace, enjoyment and a soothing balm – and that’s valid and fabulous.

I don’t understand why people have to caveat loving a show like Emily in Paris by saying it’s their ‘guilty pleasure’.

Emily In Paris is a strawberry smoothie of a show. It is glossy and what’s needed when things are scary and heavy. I bloody love it and would be happy to shout it from the rooftops. I love the fashions, I love the characters.

I love Sylvie and I love how wonderful it is to see a complicated, dynamic, older woman who has real wants and needs without being a caricature. Thank goodness the days of women having to be 28 forever to be seen are coming to an end.

I also love the way the show makes me nostalgic over the intensity, loyalty and love you have for your friends and work colleagues in your 20s, as they become part of your new chosen family, as you grow and change.

There’s something very misogynistic and patriarchal about what is deemed acceptable art or shows; what’s deemed fluff and what’s deemed serious.

It makes me laugh to think that back in the day, similar people looked down and dismissed Dickens as populist as he serialised his books (the Netflix of his day- waiting for that episode drop) so middle-class readers could afford to read his work as novels would be too expensive for them to buy in a single edition.

Not, of course, that I’m comparing Dickens to Emily in Paris, but as a Black British woman I do appreciate and find it remarkably refreshing that Alfie, one of the main romantic leads in Emily In Paris, is a powerful mixed heritage man working in finance.

It seems trivial but growing up I never saw characters like this: unapologetic, powerful and working in industries other than the entertainment or the sports world. It’s hard to kill a career in sports and entertainment with microaggressions and glass ceilings. In that world, you win first prize or you’re Beyonce at the half-time Super Bowl. It’s harder to gaslight and minimise obvious talent: you can’t tell Beyonce she has given an average performance and that Susan in accounts will be getting a promotion over her.

In my career I’ve been passed over many times, being told this wasn’t quite my time and being passed over for people less qualified than me but whose face and bodies fit the mould.

At 16, studying Jane Austen’s Emma was totally liberating. I realise now that she was describing and talking about microaggressions, toxic relationships and gas lighting – all things I had experienced but didn’t have the words to express.

Now I am in my 40s, Emily In Paris is a hopeful glimpse of how far we have come as a society and its glossy escapism – which I appreciate when I’m doing a second load of sports kit washing and searching for missing swimming goggles for my 11-year-old daughter.

There’s a place for everything and Emily In Paris is simply delicious – no guilt, all pleasure.

Emily in Paris is streaming on Netflix now.