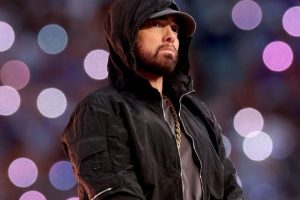 Eminem has unveiled the official tracklist of his upcoming project, Curtain Call 2.

The 34-track greatest hits collection is set to include several of his No. 1 hits including “Love The Way You Lie” and “The Monster” featuring Rihanna, and “Crack a Bottle” with 50 Cent and Dr Dre, along with more recent releases such as “Godzilla” featuring the late Juice WRLD. Fans can also look forward to Em’s unreleased 50 Cent collab titled “Is This Love (‘09),” which is supposedly produced by Dr. Dre.

Curtain Call 2 will mark the rapper’s second greatest hits project, with the first Curtain Call becoming the first hip-hop record to spend a full decade on the Billboard 200.

Take a look at the full tracklist below. Curtain Call 2 drops August 5.

Elsewhere in music, Beyoncé is changing the lyrics of “Heated” after being accused of using ableist language.
Source: Read Full Article