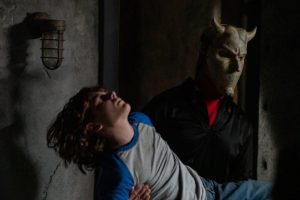 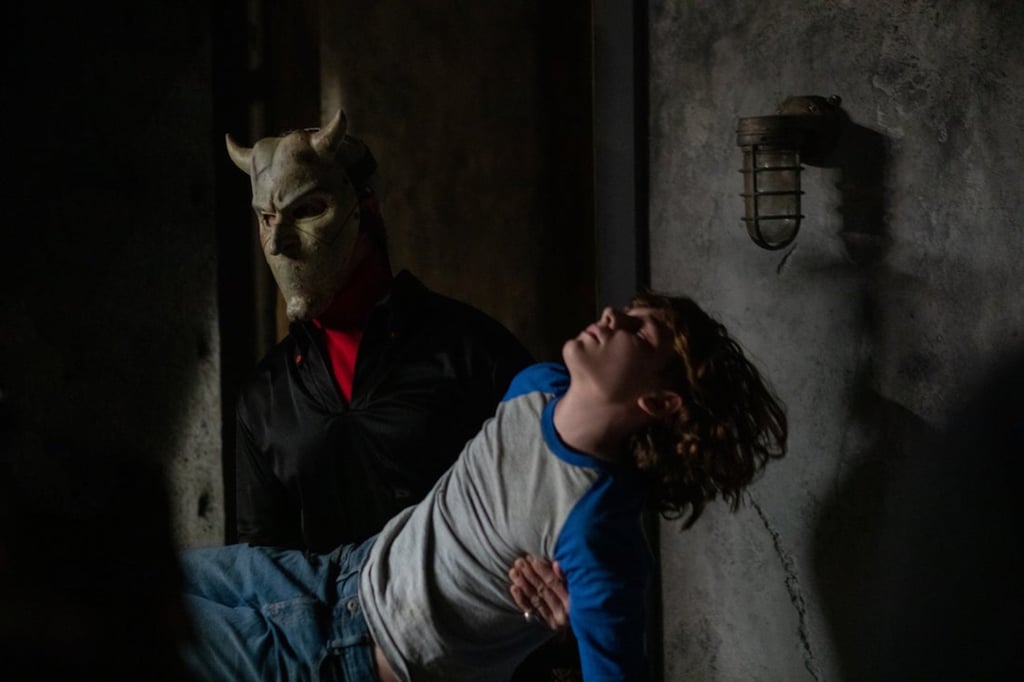 Ethan Hawke is a terrifyingly soft-spoken serial killer in Universal Pictures’ forthcoming horror flick “The Black Phone.” The film, which follows a young boy as he tries to escape his kidnapper’s chilling, soundproof basement, promises to be one of the summer’s scariest releases.

“The Black Phone” is directed by Scott Derrickson, who cowrote the script with C. Robert Cargill. The film’s team, which was also responsible for the terrifying film “Sinister,” immediately knew they wanted Hawke for the role. But in an interview with Total Film, Derrickson said the actor “had already told me that he doesn’t play villains.” Still, he persisted. “I sent [Hawke] the script anyway, and that night he left me a voicemail in this menacing voice, and he said, ‘I’m gonna murder the f*** out of you. . . . It’s gonna hurt really, really bad,'” Derrickson said. “It was a line in the script, and that was how he was letting me know he was going to do it.”

In the same interview, Hawke explained why he joined the film. “What Jack Nicholson did in ‘The Shining’ was that he taught the world to see his malevolent side, how to see his madness,” he said. “And once you do that really well, audiences don’t unsee it. It can be a cumbersome piece of baggage, and I think that’s what I was scared of. But also, you know, there’s something a little shamanistic about my profession, and the idea of inviting all that darkness into my life just never really felt worth it before.”

Ahead, find out everything you need to know about “The Black Phone,” including the cast, plot, release date, and trailers.