Everything Clare Crawley Has Said About ‘The Bachelorette’ Switch-Up 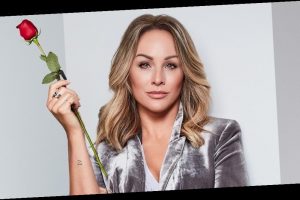 Some Bachelorette viewers are ready for Tayshia Adams to start handing out roses … but what exactly went down on set of La Quinta Resort with OG lead Clare Crawley? The season 16 Bachelorette has started to speak out about the shake-up.

ABC named Clare, 39, the Bachelorette in March. After production was suspended for several months amid the coronavirus pandemic, the hairstylist, host Chris Harrison, the contestants and the show’s crew traveled to Palm Springs to quarantine for two weeks before the cameras started rolling. By the first week of August, news broke that Clare was no longer looking for love because she already found The One after less than two weeks of filming While several members of Bachelor Nation were subsequently spotted on set, sources told Us Weekly that Tayshia, 30, took over where Clare left off with the season 16 suitors.

Ahead of the October premiere, ABC executive Robert Mills confirmed that Tayshia was one of the women producers met with before they gave Clare the job. Peter Weber’s contestants Victoria Paul and Victoria Fuller, and Tia Booth from Arie Luyendyk Jr.‘s season were also on the shortlist.

While the network continued to play coy about Clare’s departure, fans saw Harrison tell Clare she “blew up The Bachelorette” in a trailer for the season. He later teased the switch-up during a chat with Entertainment Tonight.

“[She’s] not not the Bachelorette,” he said about Tayshia in September. “In all seriousness, Tayshia is a very good friend of mine. I absolutely love and adore this woman, and I would love for her to have that opportunity to be the Bachelorette, should that ever arise. … She would be a great candidate [for Bachelorette]. She always was. She was on the top of our list from the start.”

Harrison isn’t the only host who’s weighed in on the drama. Us broke the news that season 12 Bachelorette JoJo Fletcher stepped in to guide several episodes after Harrison had to leave Palm Springs to take his son to college.

“When I got the call, I didn’t know what was going on. I had no clue. I was seeing the rumors you guys were seeing and when I got there, I got the rundown and it was nothing like I was seeing,” JoJo told Us in October 2020. “There were a lot of other things happening, a lot of rumors that were not true. It’s unlike any other season for a number of reasons. Obviously, the circumstances, obviously there’s a shake-up.”

The Bachelorette airs on ABC Tuesdays at 8 p.m. ET. Scroll through for everything Clare has said about the situation: