Home » Entertainment » Everything Coming to Disney+ in May 2022

Everything Coming to Disney+ in May 2022 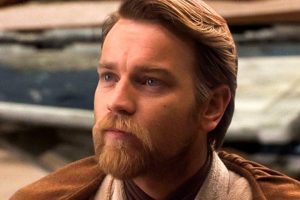 Disney+ has unveiled its exciting slate of new programming for May 2022.

Next mont’s list is led by the two-episode premiere of the highly-anticipated Star Wars series Obi-Wan Kenobi, which will see the likes of Ewan McGregor and Hayden Christensen reprising their roles as the titular character and Anakin Skywalker/Darth Vader. Meanwhile, the first week of May will premiere the season finale of Marvel‘s Moon Knight, which stars Oscar Isaac in the lead role.

Take a look at the complete list of programming for May 2022 below.

Disney Gallery: The Book of Boba Fett – Premiere
Disney Gallery: The Book of Boba Fett explores the behind-the-scenes story of the legendary bounty hunter’s return to Tatooine with mercenary Fennec Shand, seeking to claim the territory once run by Jabba the Hutt. In this insightful new special, filmmakers, cast and crew reveal never-before-seen footage, groundbreaking technology and the practical effects that brought it all to life.

Moon Knight – Finale
Moon Knight follows Steven Grant, a mild-mannered gift-shop employee, who becomes plagued with blackouts and memories of another life. Steven discovers he has dissociative identity disorder and shares a body with mercenary Marc Spector. As Steven/Marc’s enemies converge upon them, they must navigate their complex identities while thrust into a deadly mystery among the powerful gods of Egypt.

Marvel Studios: Assembled – The Making of Moon Knight – Premiere
Join the likes of Oscar Isaac and Ethan Hawke as they reveal how Marvel Studios’ Moon Knight was painstakingly brought to life. Through insightful interviews with cast and crew, along with immersive footage from the set, ASSEMBLED pulls back the curtain on this groundbreaking series. Additionally, The Making of Moon Knight incorporates a candid “roundtable discussion” with the series’ directors.

The Quest – Premiere
Brought to the screen by the Academy Award- and Emmy-winning teams behind “The Lord of the Rings,” “The Amazing Race” and “Queer Eye,” “The Quest” is a ground-breaking, immersive, hybrid competition series that drops eight real-life teenagers (Paladins) into the fantastic, fictional world of Everealm, where they must save a Kingdom by fulfilling an ancient prophecy. Throughout the eight-episode series, these heroes are immersed in a fantasy world come to life complete with a castle, royals, ethereal Fates, all forms of mystical creatures and a Sorceress intent on destruction and power.

Sneakerella – Premiere
Set in the avant-garde street-sneaker subculture of New York City, “Sneakerella” is a high-energy, music-driven movie that puts a contemporary twist on the “Cinderella” fairy tale.

Obi-Wan Kenobi – 2-Episode Premiere
Obi-Wan Kenobi begins 10 years after the dramatic events of Star Wars: Revenge of the Sith where Obi-Wan Kenobi faced his greatest defeat-the downfall and corruption of his best friend and Jedi apprentice, Anakin Skywalker, who turned to the dark side as evil Sith Lord Darth Vader.

We Feed People – Premiere
Ron Howard’s We Feed People spotlights chef José Andrés and his nonprofit World Central Kitchen’s evolution over a 12-year period, from being a scrappy group of volunteers to becoming one of the most highly-regarded humanitarian aid organizations in the disaster relief sector. Due to the unprecedented spike in natural disasters catalyzed by climate change, this story is more important than ever.